Back in the 90s, if you were releasing a blockbuster for kids you HAD to have your movie marketed in every way possible and what better way to spread awareness than doing a breakfast cereal tie-in. I don't know if there's a law about this kind of thing nowadays but you definitely don't see it as much. Unfortunately there was no free toy with this pack of Sugar Puffs but they did offer a free board game on the back of the pack. Should you wish, print this out and play your own game at home.

If you watch my video on the Batman Forever Style Guide you'll recognise all the illustrations used in the game. I'm hoping to do a review of the official board game some time in 2020. 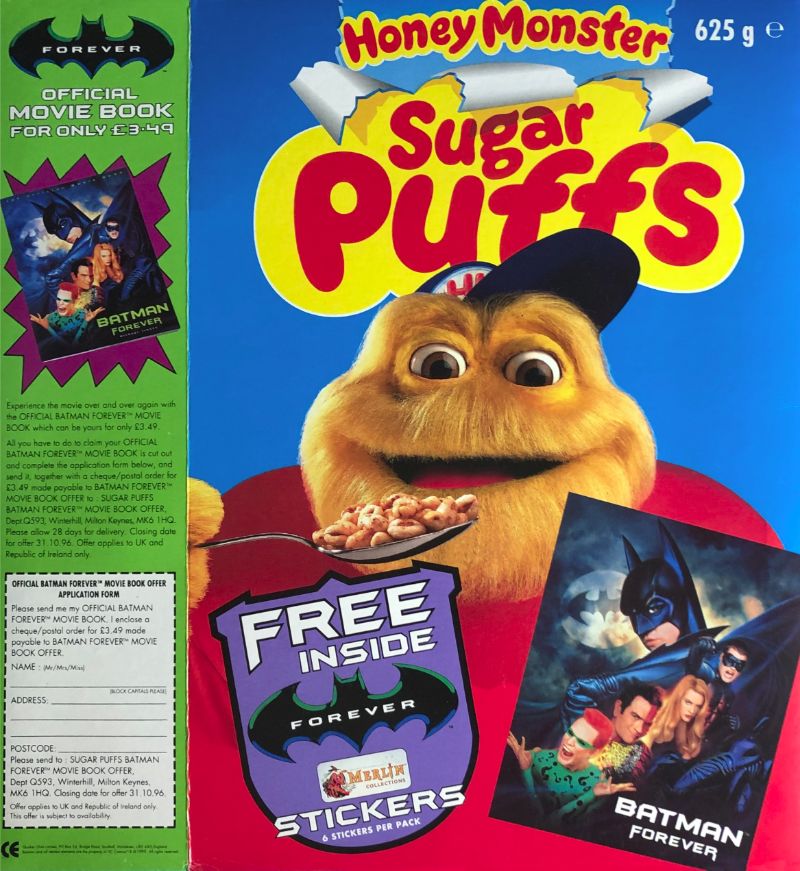 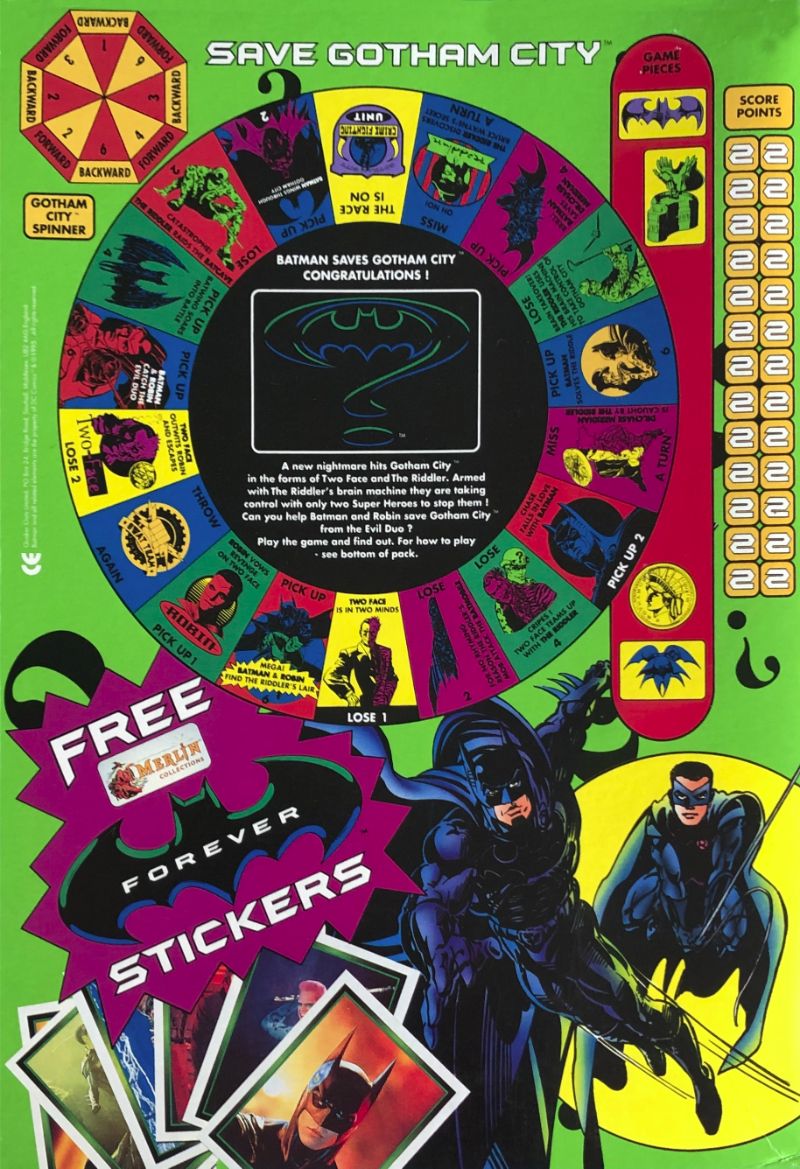 And while we're on the subject of breakfast cereals I might as well include this random Corn Flakes packaging with an Edward Nygma dossier on the back. For some reason the pack is in French and English - which at least allows us to learn that in French The Riddler is called Le Sphinx. 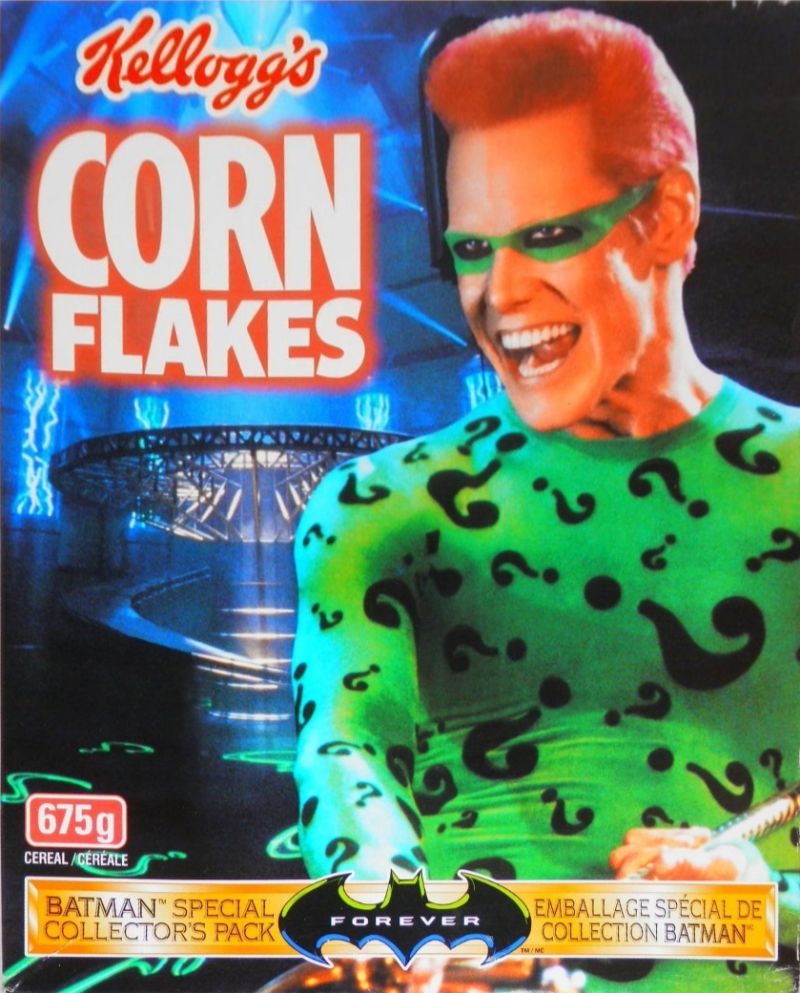 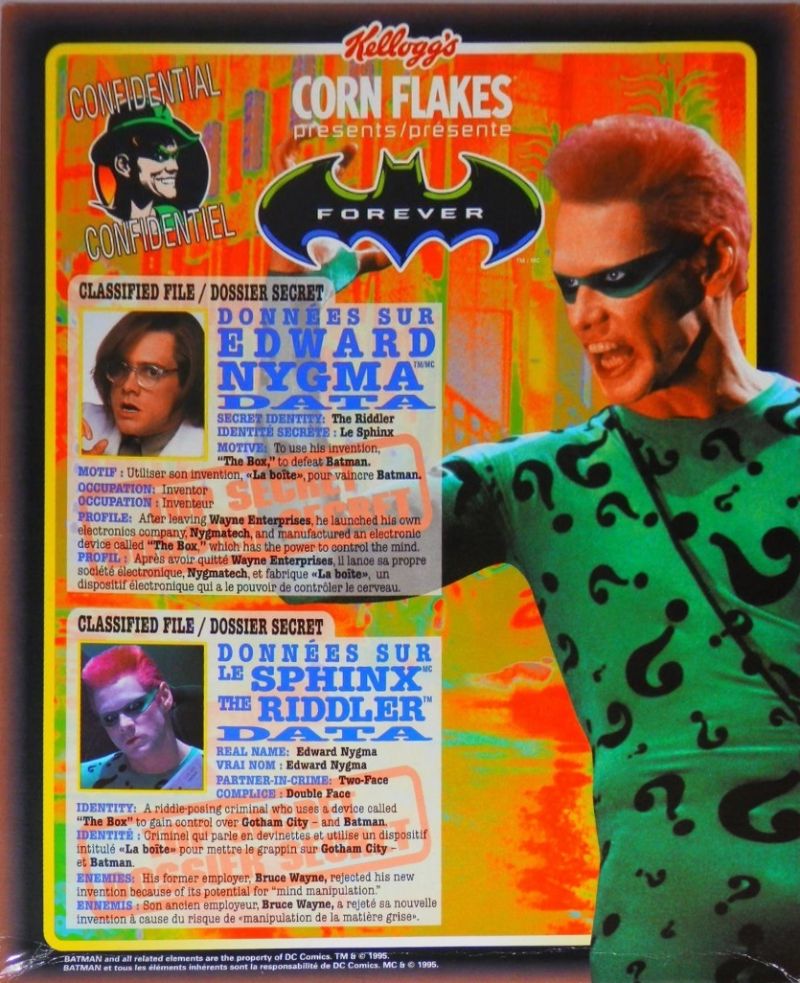 And finally let's look at the Corn Pops tie-in cereals which are quite the collector's item on eBay. 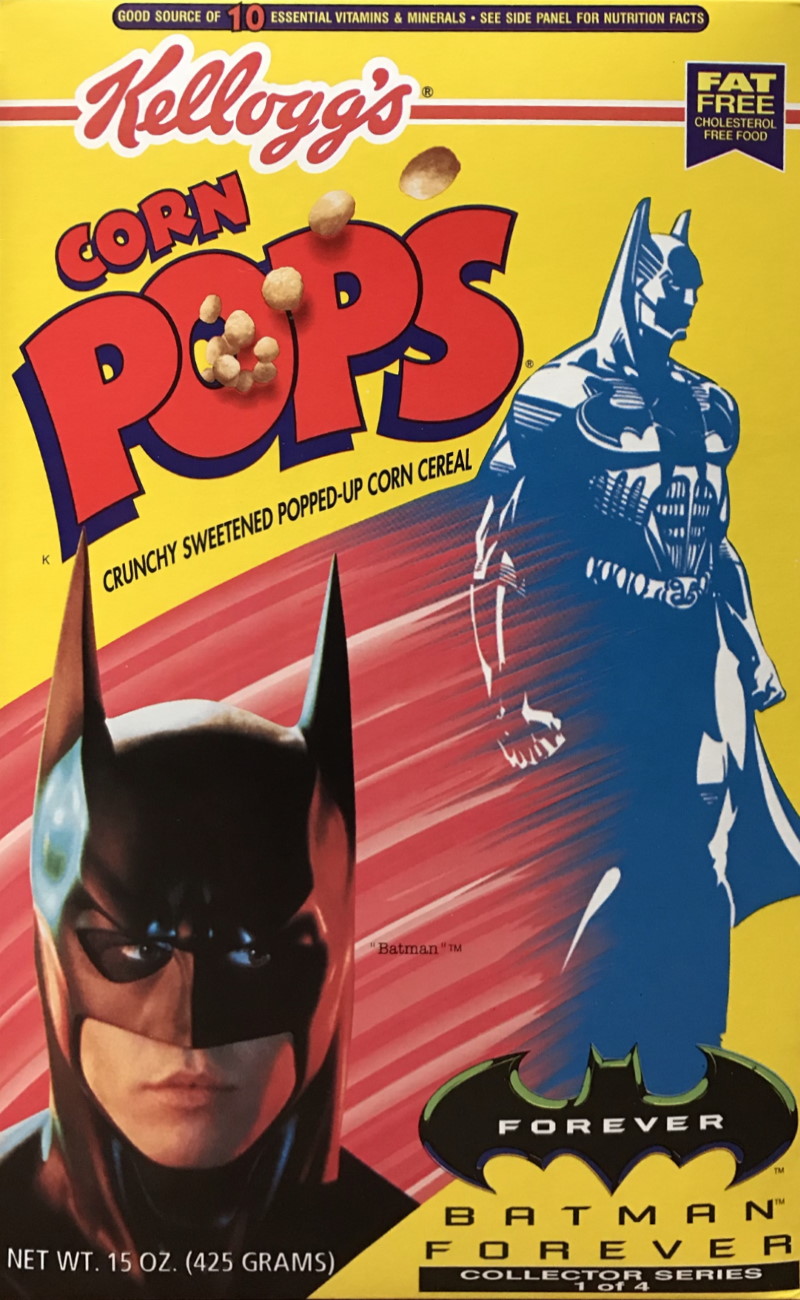 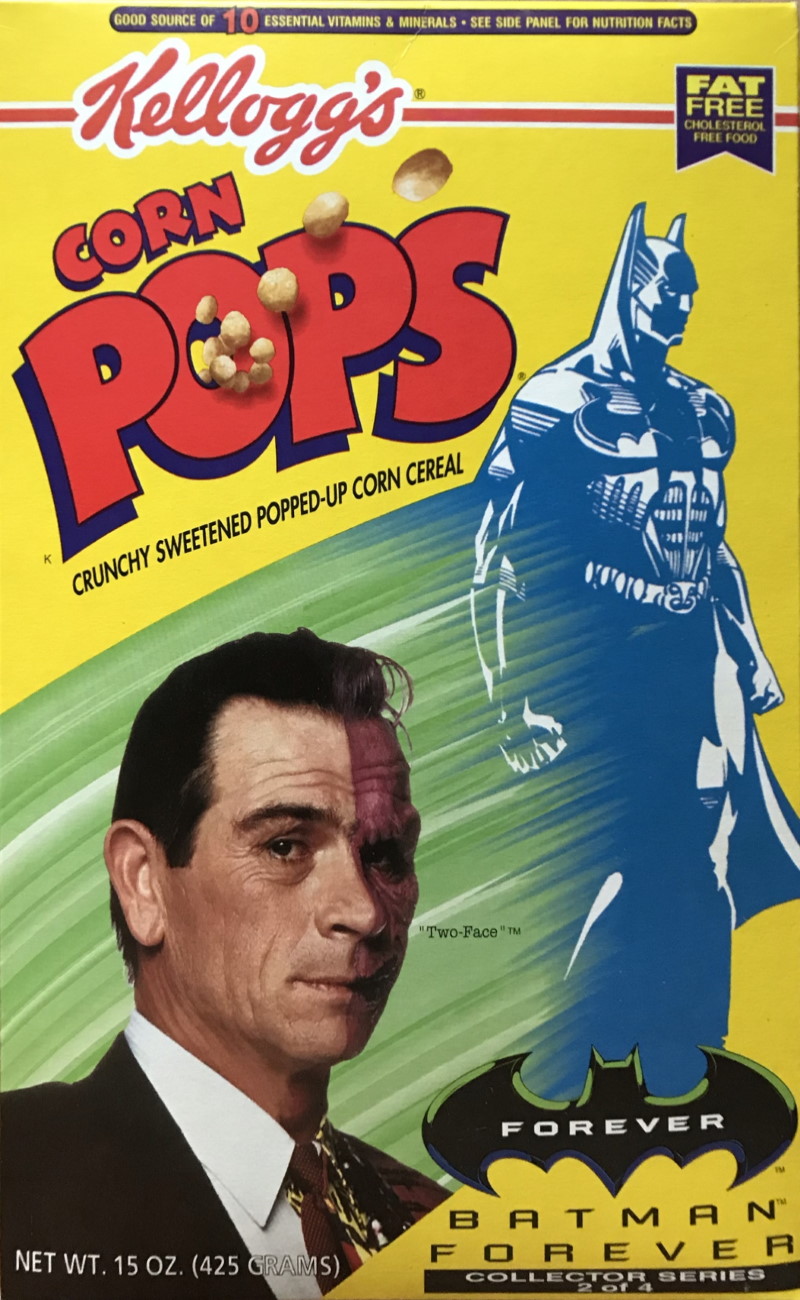 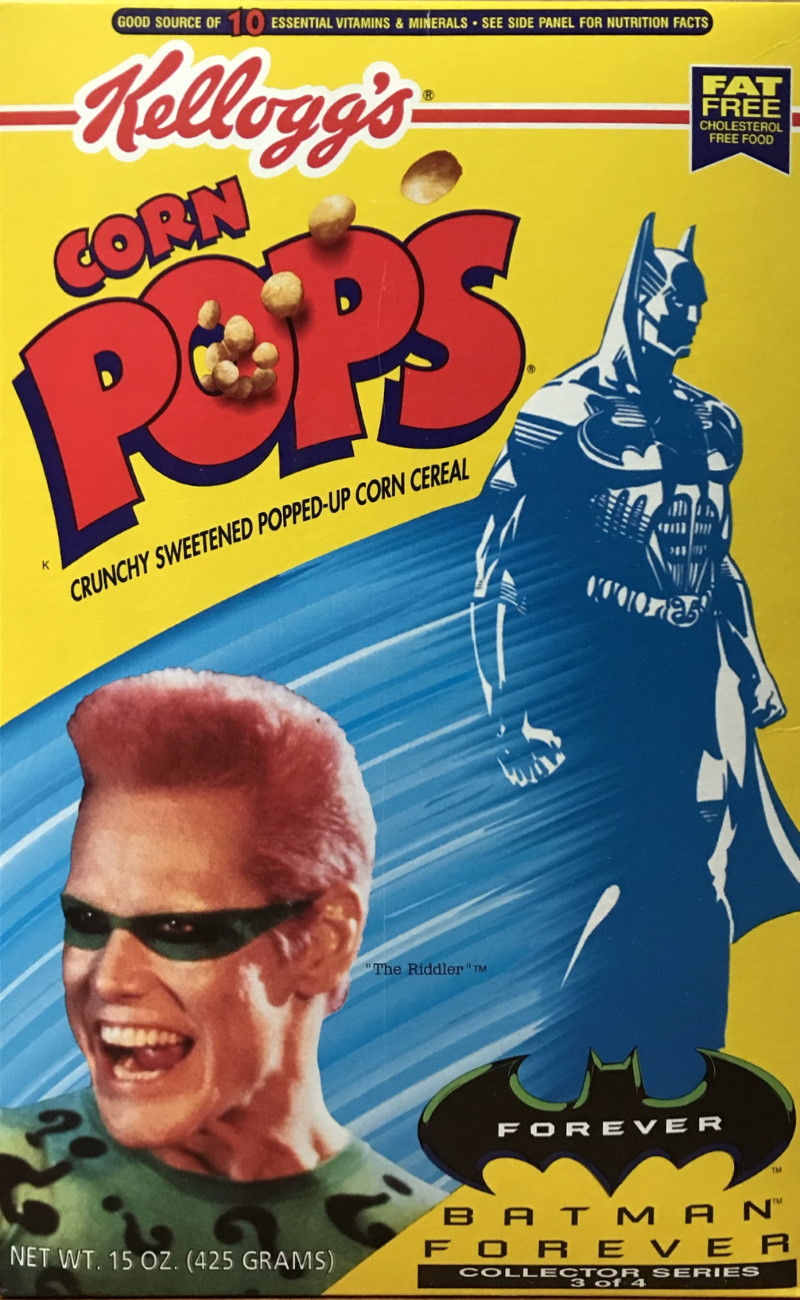 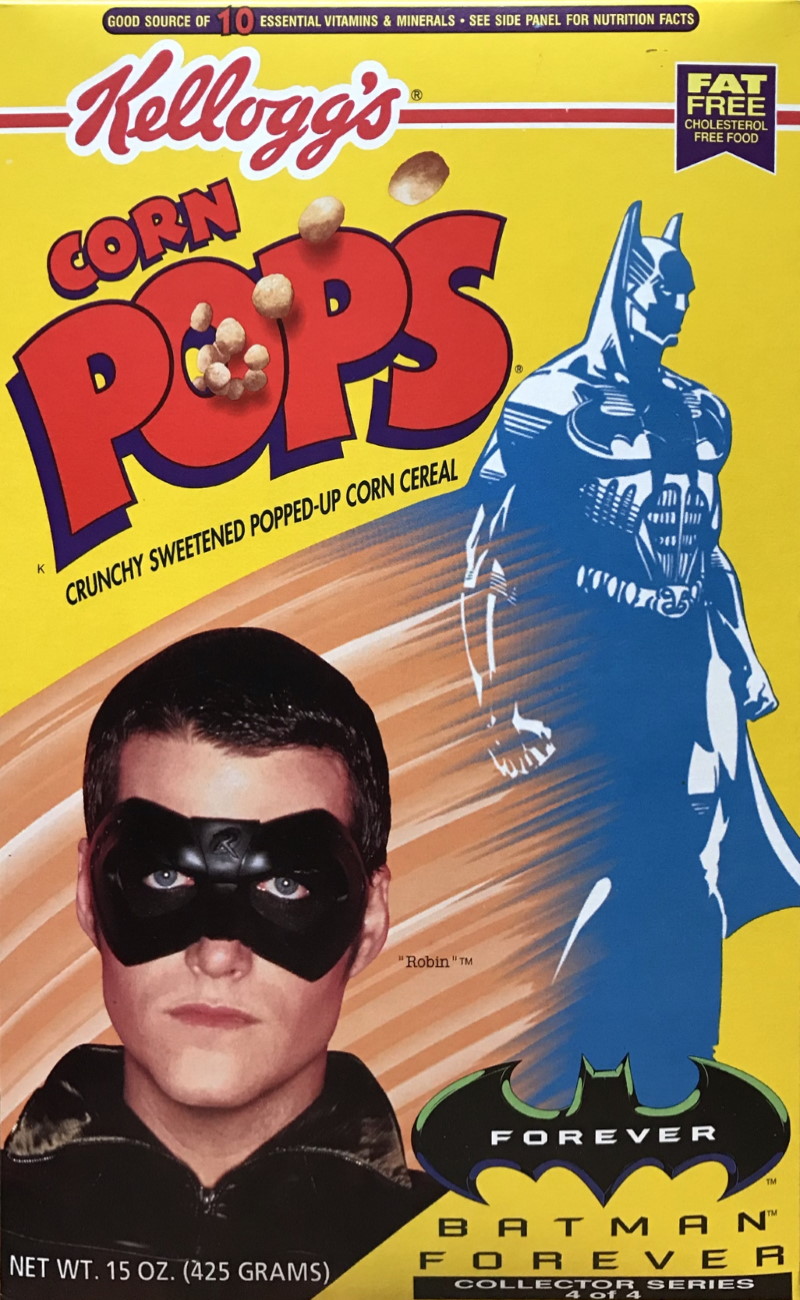 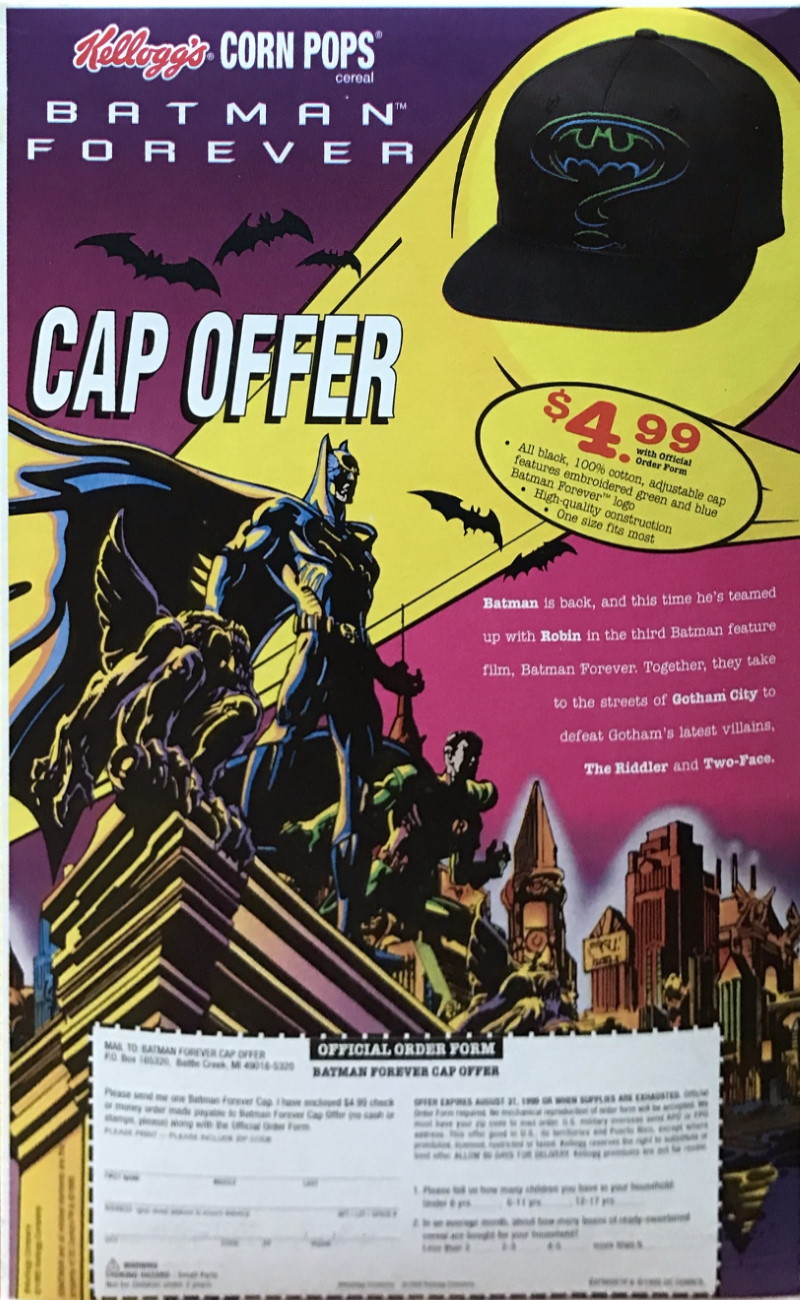