Of all the magazines that had interviews for Batman Forever Starlog easily had the most - so many it seems that they put two more in their spin-off magazine Sci-Fi Explorer.

Roving reporter Marc Shapiro talks to Producer Peter McGregor-Scott about the challenges making the films ("like making three Fugitives in three different cities at the same time") and then to Costume Designer Bob Ringwood to discuss the new panther-like suit. 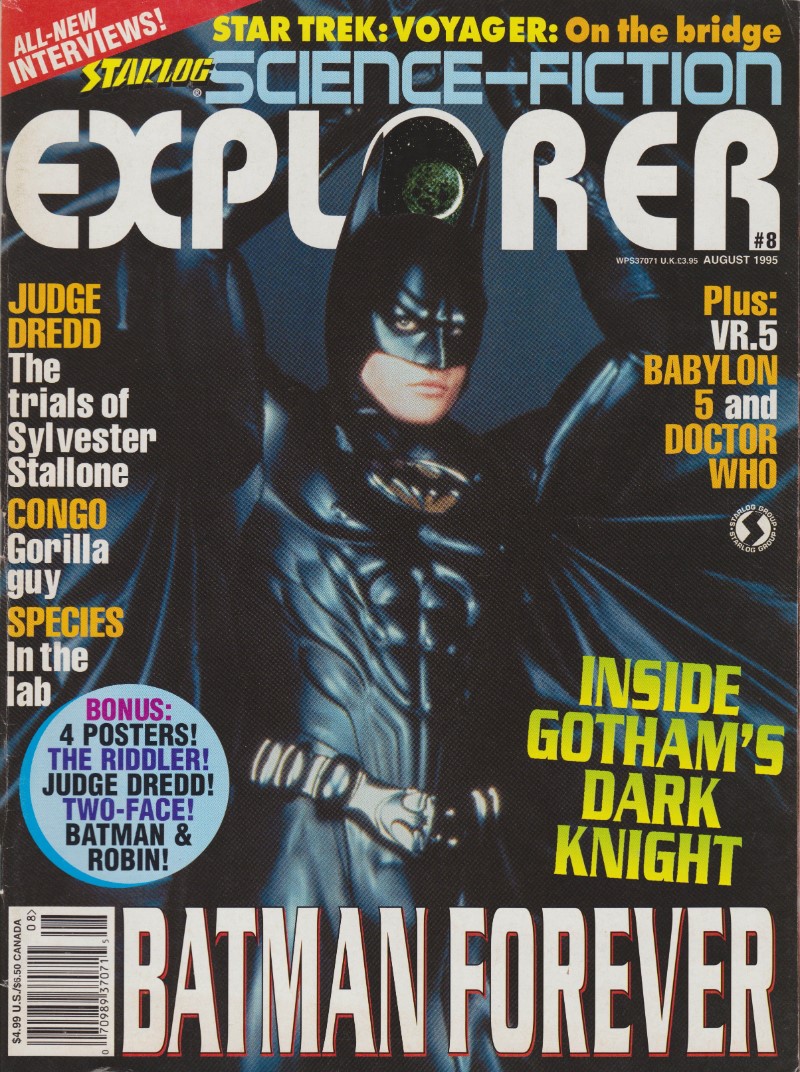 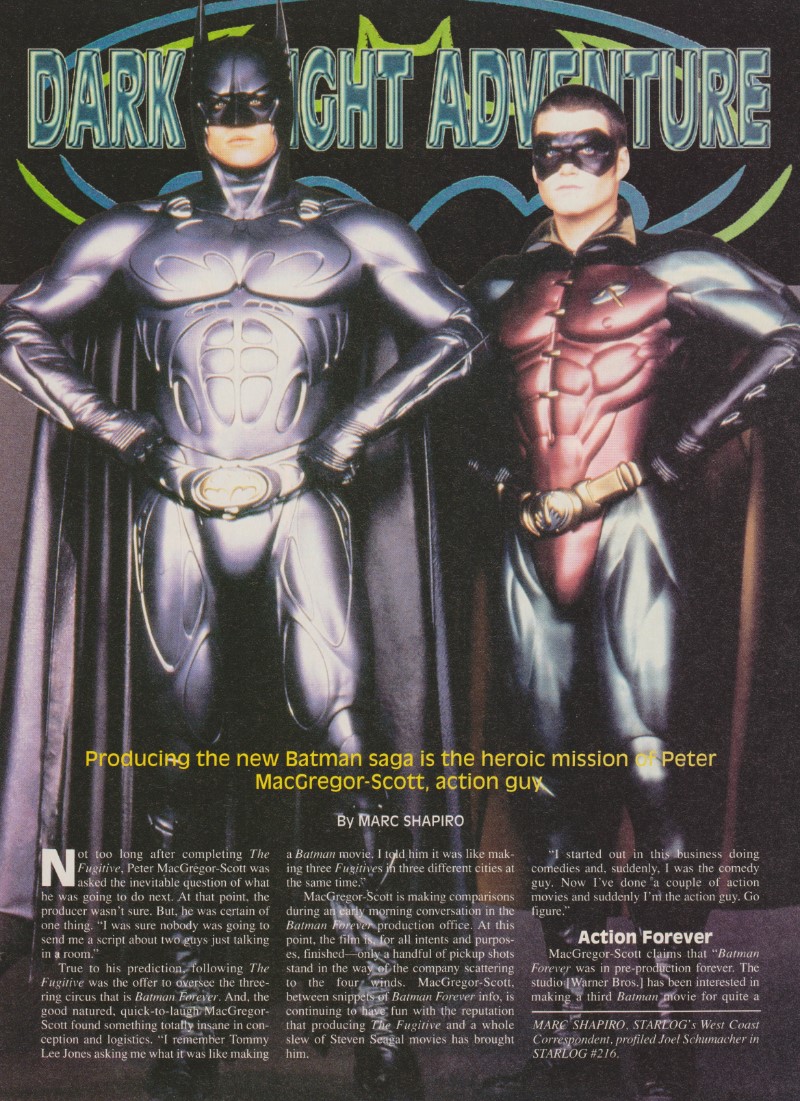 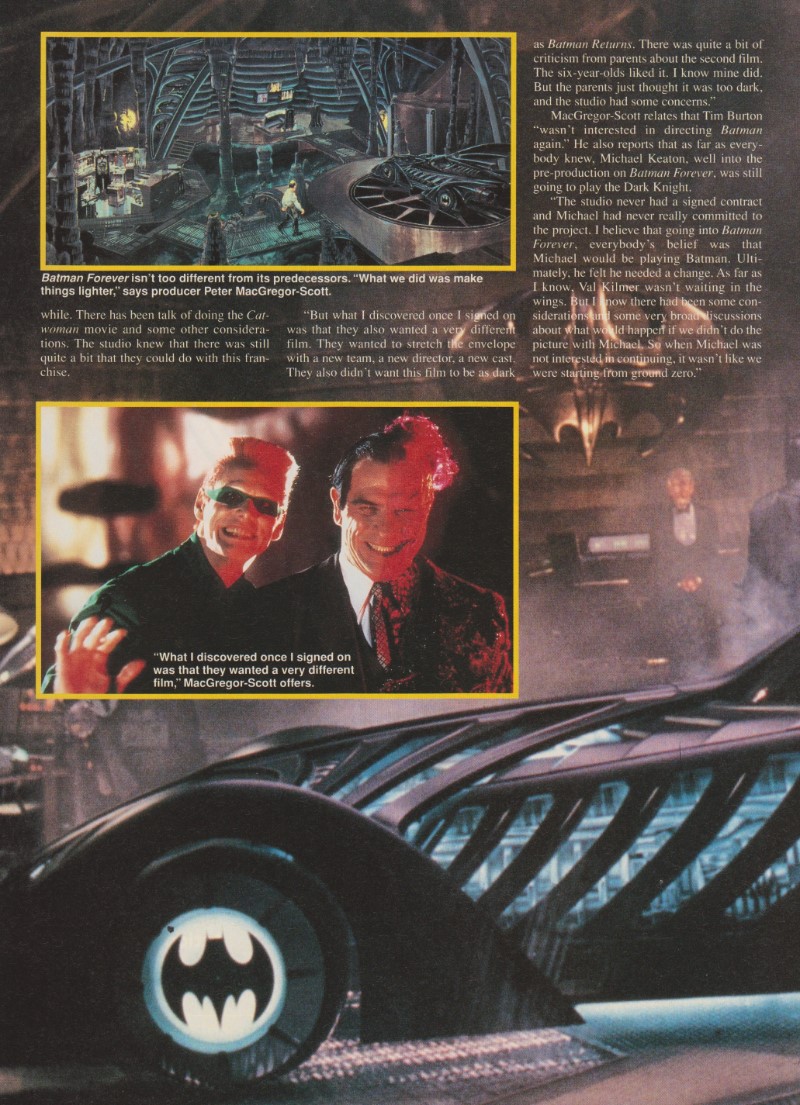 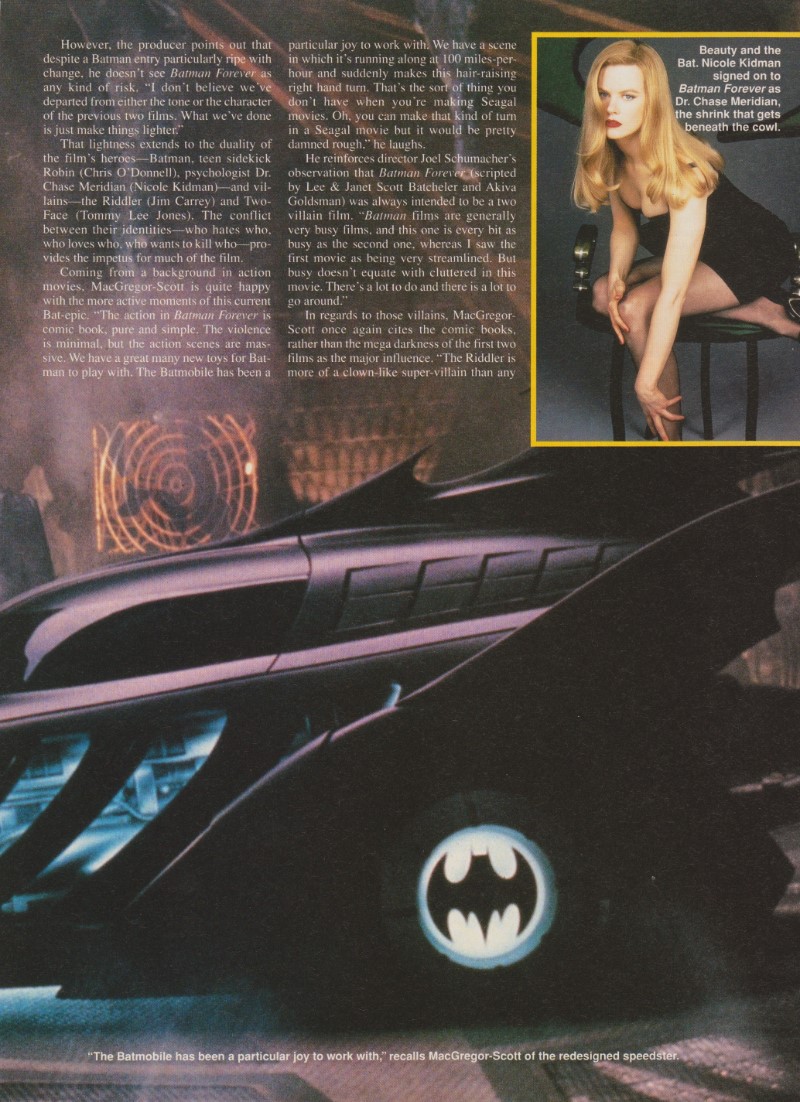 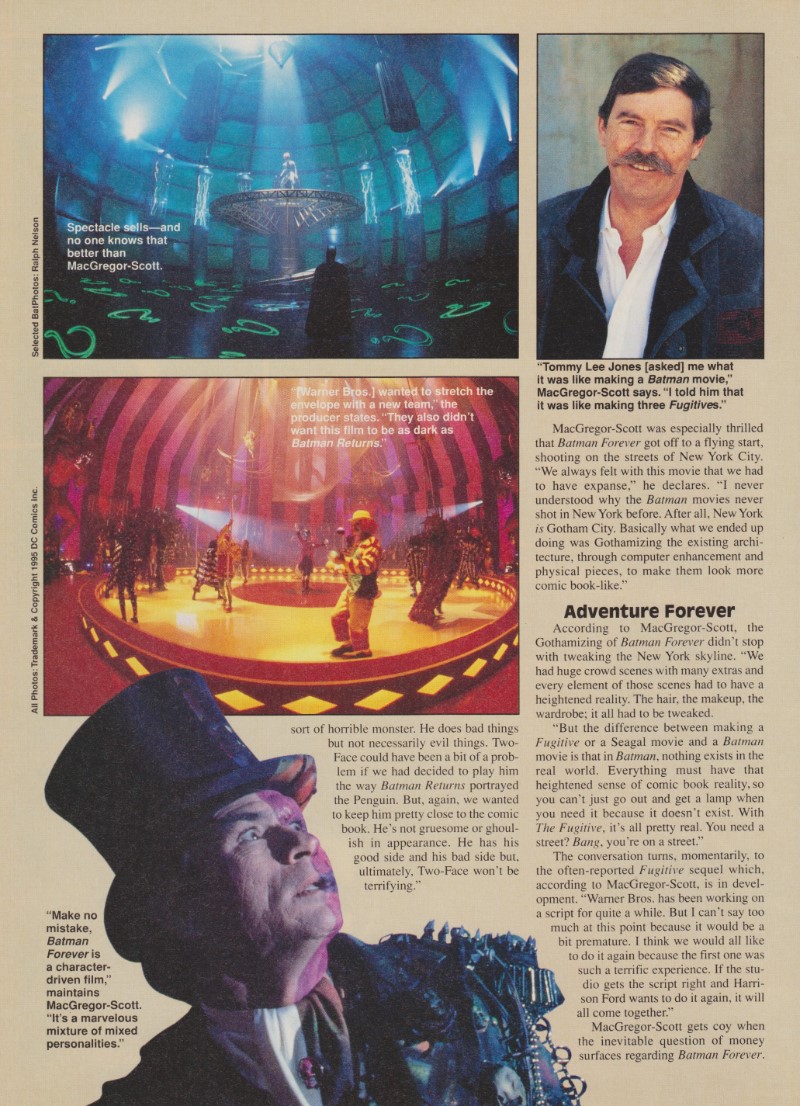 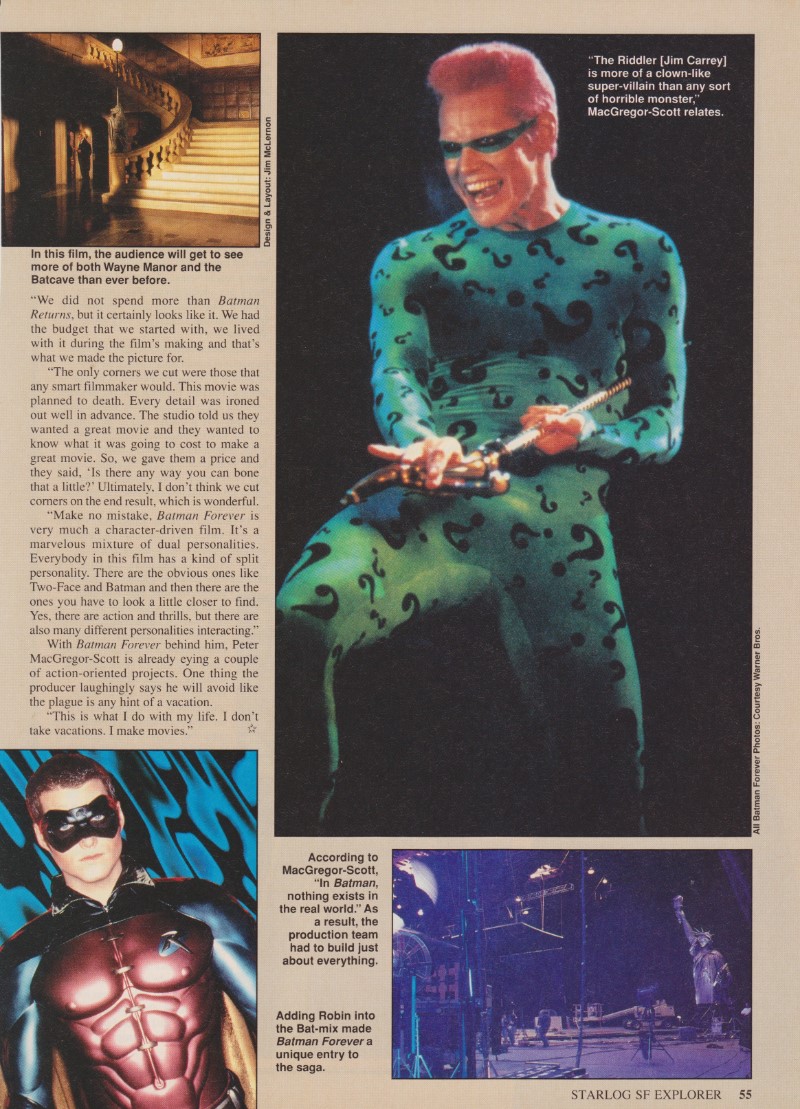 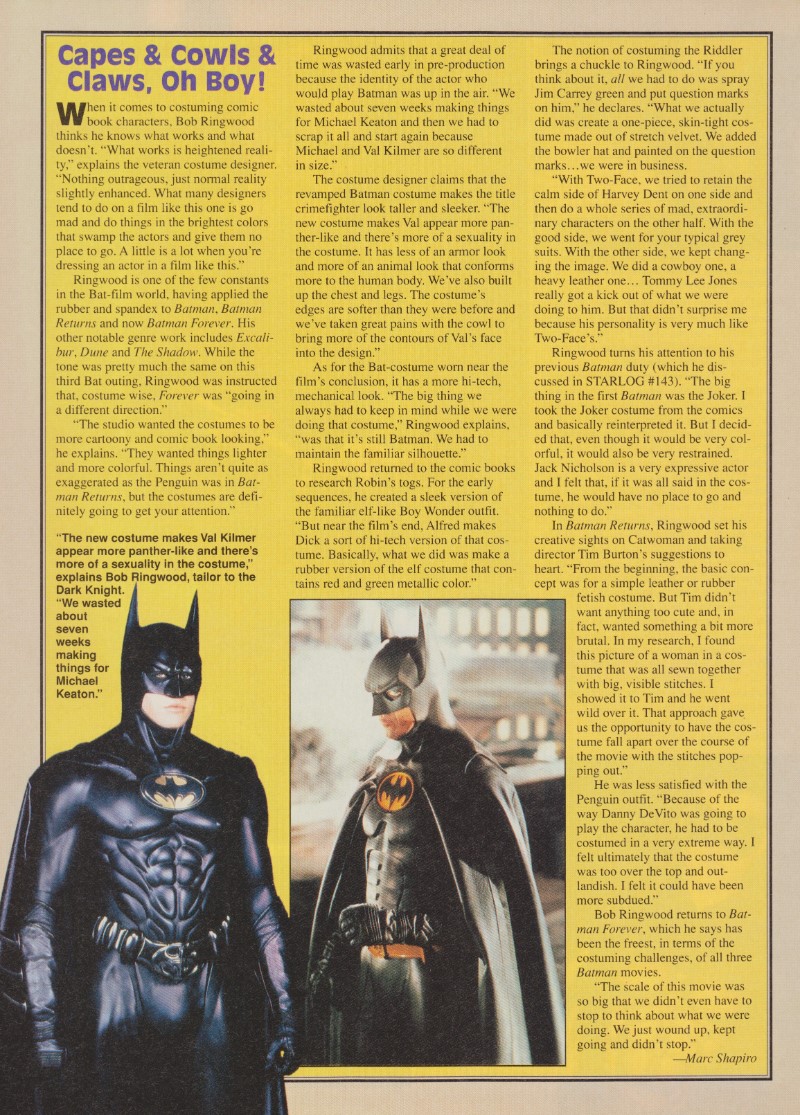