Turns out the board game - Battle at the Big Top - wasn't the only game that Parker Brothers put out. They also released this very fun audio game.
Basically, you have a deck of cards and a coin and you just listen to the tape as it instructs you with a loose adaptation of the movie.
The two sides of the tape (yep, it's a cassette tape) give you two adventures. One in Gotham City, one at Claw Island.
I've played it once with my wife and kid and we actually had a lot of fun.


If YOU want to play a game yourself you're in luck. Because it's nearly Christmas I've decided to give you all a present. Not only have I recorded the cassette (apologies, it's a little wobbly in places), I've also made up some cards that you can print off so you can play along yourself. Merry Christmas.

Riddle Me This - What do you get for the man who has everything Batman Forever?

Very special video to post this week. Thank you to Nygmatech Archives for giving me an amazing gift.

at November 11, 2022 3 comments:
Email ThisBlogThis!Share to TwitterShare to FacebookShare to Pinterest
Labels: Crew Jacket, Nygmatech Archives, Riddle Me This

In the last few years there's been quite a few NEW Batman Forever figures released which is awesome for a 27 year old movie that isn't - shall we say - universally beloved.

While we wait for the Hot Toys and Prime 1 Studio figures (the jury is still out if I can afford those eye watering prices) I'm happy to see these more affordable Cosbaby figures.

I know everyone is not a fan of these Japanese-style SD figures but I find them cute and fun.

The Cosbaby line is smaller than the Funko Pop line but they are also more detailed. I particularly love the coin in Two Face's hand which looks like it's mid flip. And it is nice to have actual eyes rather than those giant white dots that Funko figures have.

I think the Batman and Robin set were a little more interesting with their metallic sheen but the Riddler and Two Face set are pretty cool too.

The price was about £40ish a year ago but it's coming down. If you scope around on eBay you might be able to find one of the sets for closer to £20.

Once again, I'm covering only the most essential of Batman Forever merchandise - the highly sought after eraser set from Noteworthy. Unfortunately I only have 3 of the 4 erasers but hopefully you enjoy the video.

Didn't think I'd find any of these Exclusive figures that Kenner made for Target Stores in America but I lucked out finding one on eBay last week.

It's pretty much just a straightforward repaint of the original Riddler figure. No alterations whatsoever but the colours are kind of neat.

There's two more Target Exclusives I've got to track down - a transforming Batman/Bruce Wayne (in green instead of blue) and Tide Racer Robin (a repaint of Hydro Claw Robin with silver instead of gold).

This week, we're looking at the last Deluxe figure from Kenner's toyline. We're getting really close to finishing up all these Kenner figures.
This one is another light up figure. It boasts a nice yellow and red colour scheme. And has a Predator-esque missile that sits over Batman's right shoulder. This was designed by Aaron Archer of the Toy Armada podcast. It was one of the first figures he worked on after joining Kenner.
I like this one a lot. It's big, chunky, and bold. I love how the design of the backpack is drawn from the Batmobile and Batwing. And any figure that lights up is an automatic win for me. Wish Kenner did more of these.
at August 05, 2022 No comments:
Email ThisBlogThis!Share to TwitterShare to FacebookShare to Pinterest
Labels: Aaron Archer, action figure, Deluxe, Kenner, light up, Lightwing Batman, Merchandise Review, Toys

In this week's episode I'm covering... a bunch of random stuff related to Batman Forever. Enjoy!
P.S. if you want to see the Sugar Puffs board game in close up, click here: https://www.1995batman.com/2020/02/miscellaneous-content-sugar-puffs-corn.html?m=1
at July 15, 2022 No comments:
Email ThisBlogThis!Share to TwitterShare to FacebookShare to Pinterest
Labels: McDonalds, Merchandise Review, Mystery Grab Bag, sugar puffs

If you liked the recent Funko Pop Batman Forever figures you might also be interested in this twin set of figures from Hot Toys from their Cosbaby line. Urgh I hate that name.
Anyway, the advantage with this particular set is that you get a Chris O'Donnell Robin figure (come on Funko get on making one). The price is a little higher than Funkos but the detail is a little better too. You get more than just a simple mouth and white button eyes.
I'll hopefully be picking up the Riddler and Two Face set too. If the forthcoming 6" life like Hot Toys figures are out of your price range these are a decent silver prize.
at June 10, 2022 No comments:
Email ThisBlogThis!Share to TwitterShare to FacebookShare to Pinterest
Labels: action figure, Batman Forever, Chris O'Donnell, Cosbaby, hot toys, Merchandise Review, super deformed, Val Kilmer

If you're looking for just ONE Robin figure from the Batman Forever toyline this is the one you need to get.
The strange scooter vehicle is pretty ropey but the figure is a solid representation of the suit Chris O'Donnell wears at the end of the film.
I wish they could have figured out a way of getting the black and yellow cape in there but I'll let them off. I guess at a push I could always take the cape off the Batman Returns Robin figure.
at May 13, 2022 No comments:
Email ThisBlogThis!Share to TwitterShare to FacebookShare to Pinterest
Labels: action figure, Chris O'Donnell, Kenner, Merchandise Review, Robin, Skyboard, Toys 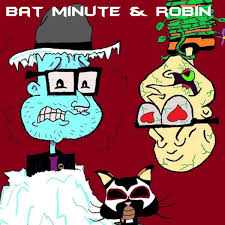 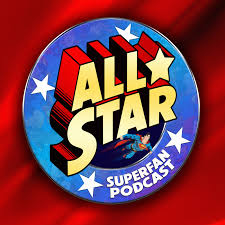 After what feels like a lot of searching I finally tracked down a Two Face Applause statue to go with my other three.
It's a pretty great sculpt and - for Applause - not a terrible paint job. There's a few things that could have been better (like the black glove which should have been a fingerless glove) but it's nothing a quick custom paint job wouldn't fix.
If you can find these for a decent price (under £30) I would recommend these. They are pretty great.
at March 18, 2022 No comments:
Email ThisBlogThis!Share to TwitterShare to FacebookShare to Pinterest
Labels: Applause, Batman Forever, coldcast, Merchandise Review, resin, statue, Tommy Lee Jones, Two Face

I'm getting pretty close now to having a complete set of the Batman Forever Kenner figures. This one took a while to track down. Had to get a boxed version as you don't see many loose ones about. It's also a bit of a nightmare to search for being that it's called 'Batarang Batman'. Wish they'd have come up with a more unique title there Kenner.
Anyway, the figure itself is kind of neat. The transculent green on the arms and legs add a dash of vibrant colour and I've got to give the designer points for not doing just another backpack/missile accessory. The twisting Batarang is kind of cool and works well for knocking over bad guy figures. As I say in the video I'm sure this is borrowed from the Scarecrow figures from the BTAS and Legend of the Dark Knight lines.
This is definitely one of the better figures in the Batman Forever line. The only thing that lets it down a bit is the flat purple chest.
at February 18, 2022 No comments:
Email ThisBlogThis!Share to TwitterShare to FacebookShare to Pinterest
Labels: 1995, action figures, Batarang, Batarang Batman, Joel Schumacher, Kenner, Merchandise Review, Toys, Val Kilmer

Hello everyone, you'll notice the posts on 1995batman.com have slowed down in January. I've scaled down to one post a month. This is because I'm currently working on a new website.

This blog has been running since 2018 and although I'm thrilled at how many posts I've done (over 260!) it's starting to show its age. I feel like there's tons of great content on here but it's getting lost in the blog format.

As such I've started work - and bear in mind I'm far from finished - on creating a more traditional website so that people can quickly access articles and images. Here's a link if you want a sneak peak:-

I'm still working on the site - trying to figure out where to place all the sections and how to divide everything up. There's probably loads of broken links and empty pages. I can foresee it taking probably until Summer before I have it in full working order.

If you have comments or suggestions for the site - features you'd like to see included for instance - please let me know.

I've been looking for the Riddler and Two Face statues from Applause for a long time and finally managed to snag the former.
It's a little more of a cartoon-y sculpt compared to the others but still a decent representation of Jim Carrey. I love how he's slinging his cane over his shoulder and from a distance the statue looks cool.
As with all Applause pieces the paint work leaves something to be desired but that could be fixed if you're interested in customizing the statue.