More Bat interviews from Imagi-Movies bumper issue including why Billy Dee Williams was dropped from the Harvey Dent role and whether Chris O'Donnell would ever upgrade to Nightwing. We'll we got the costume in the next film... 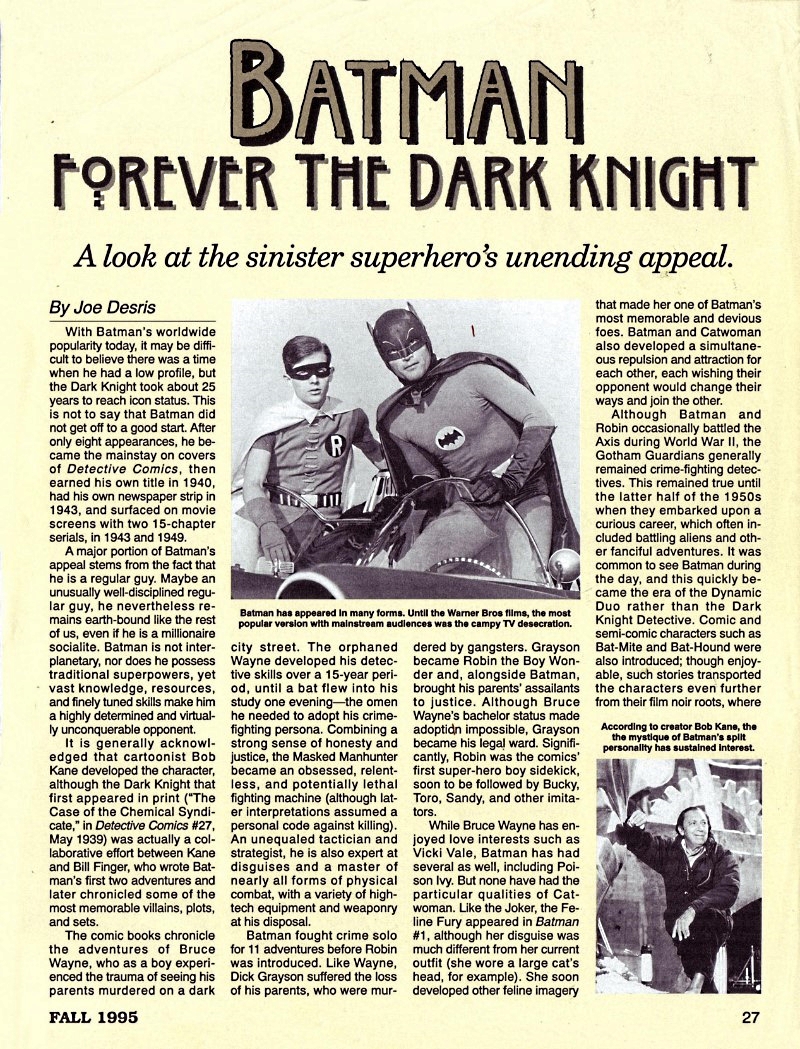 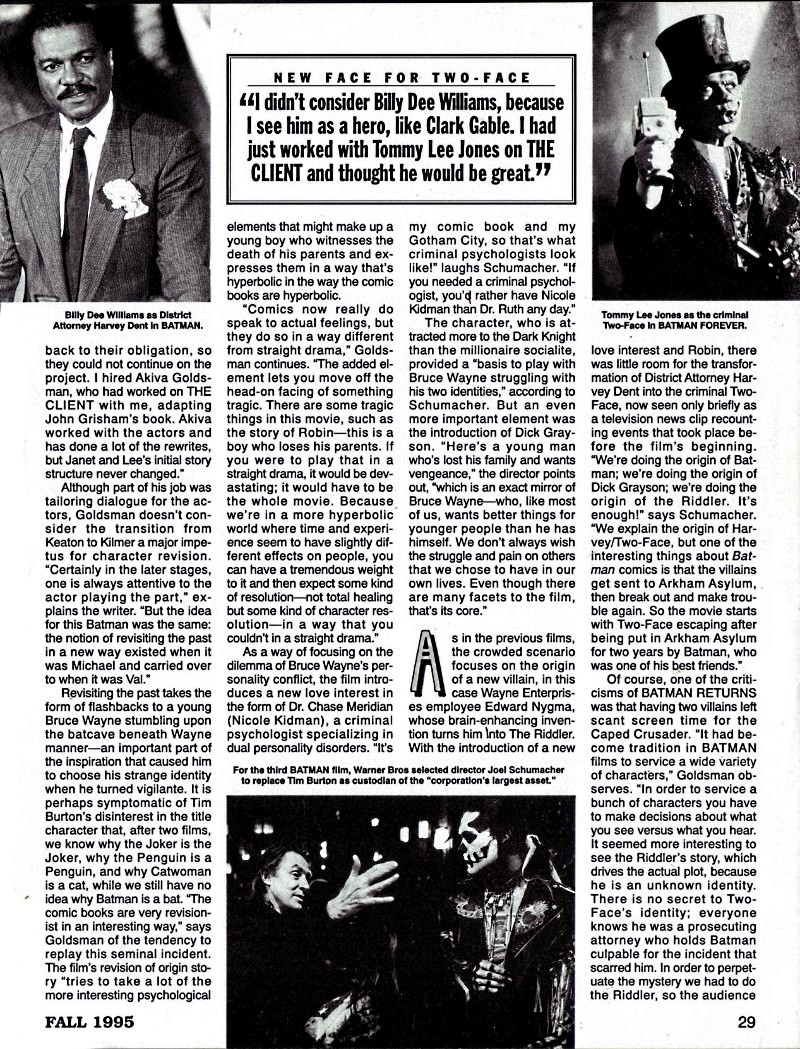 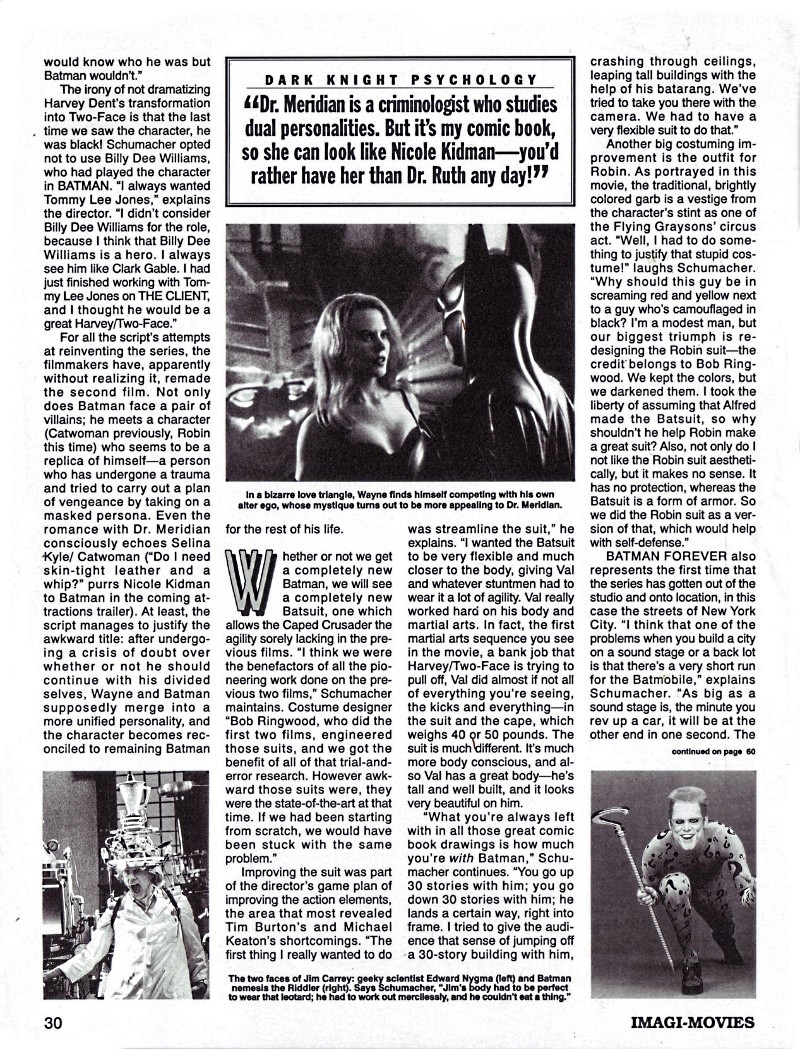 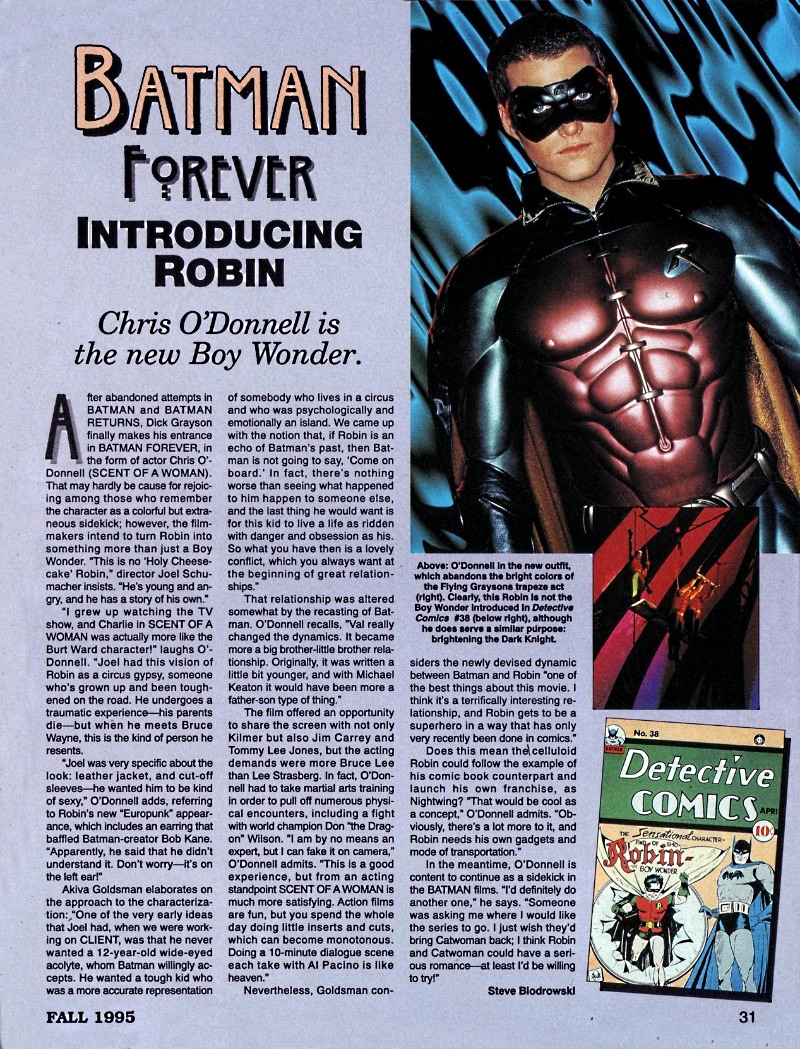 at July 26, 2019 No comments:
Email ThisBlogThis!Share to TwitterShare to FacebookShare to Pinterest
Labels: Batman Forever, Imagi-Movies Vol 3 No 1, Magazine Article

Imagi-Movies talks to Joel Schumacher and Akiva Goldsman about the new movie with a particular focus on how less murderous Batman is compared to previous films. Uh oh, Joel also reminds the interviewer that they are "comic books" not "tragic books." Oh Joel. 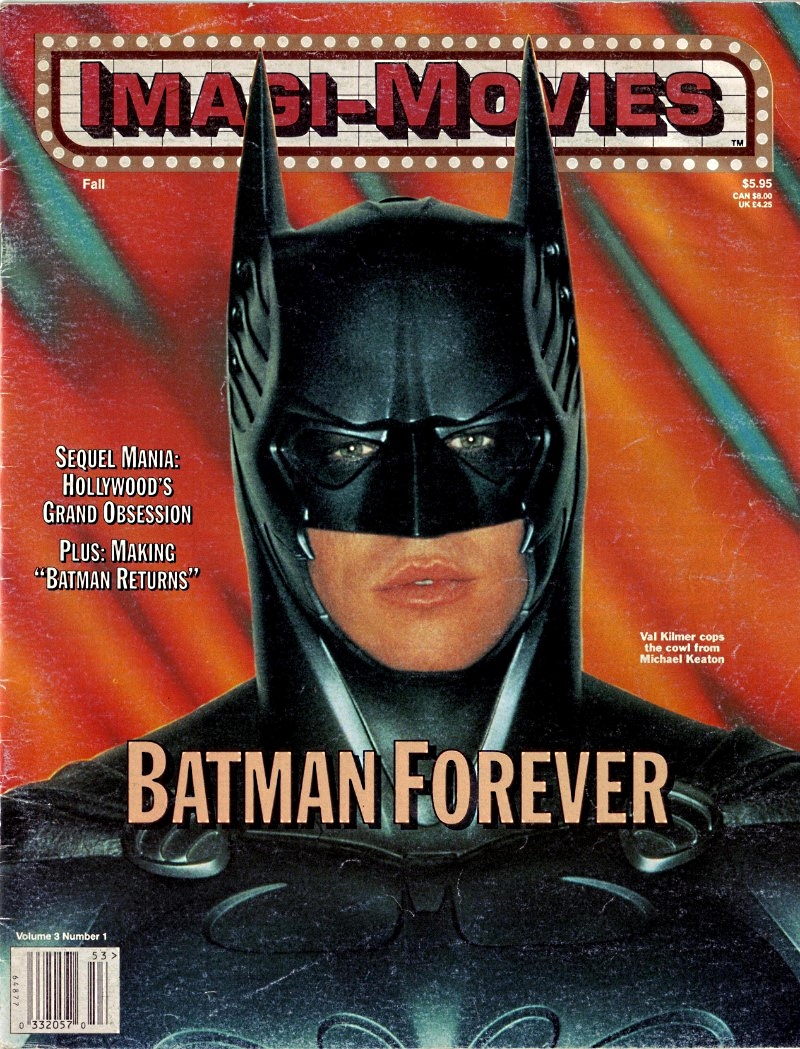 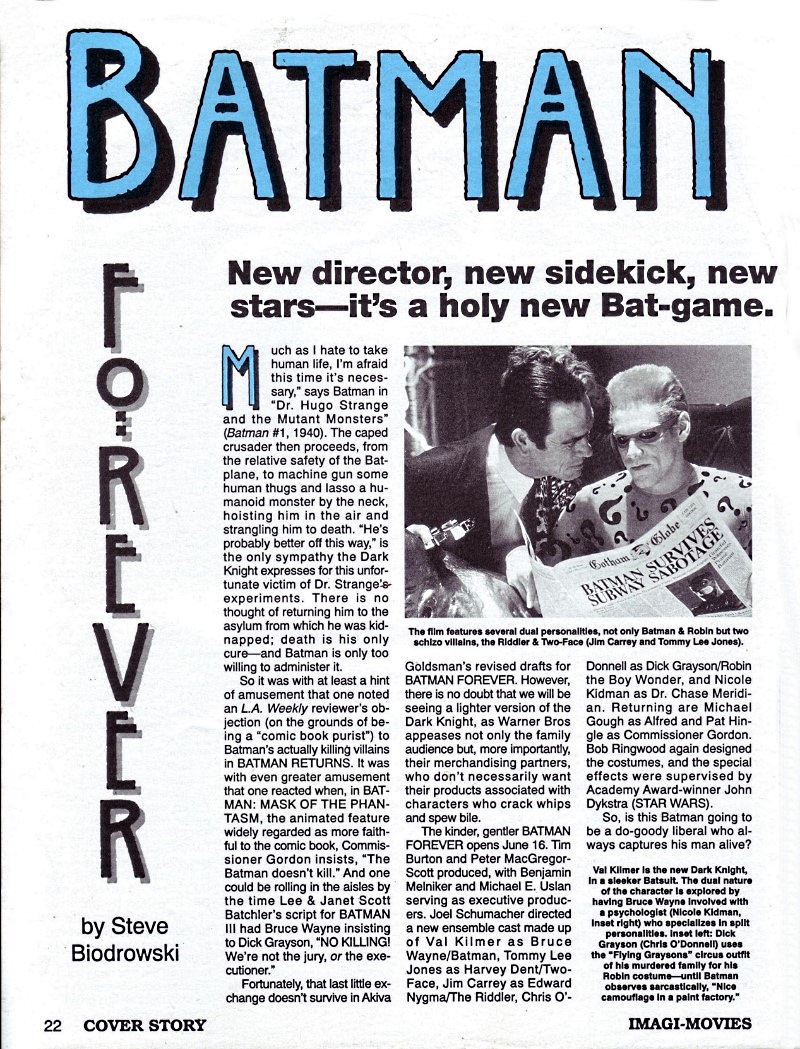 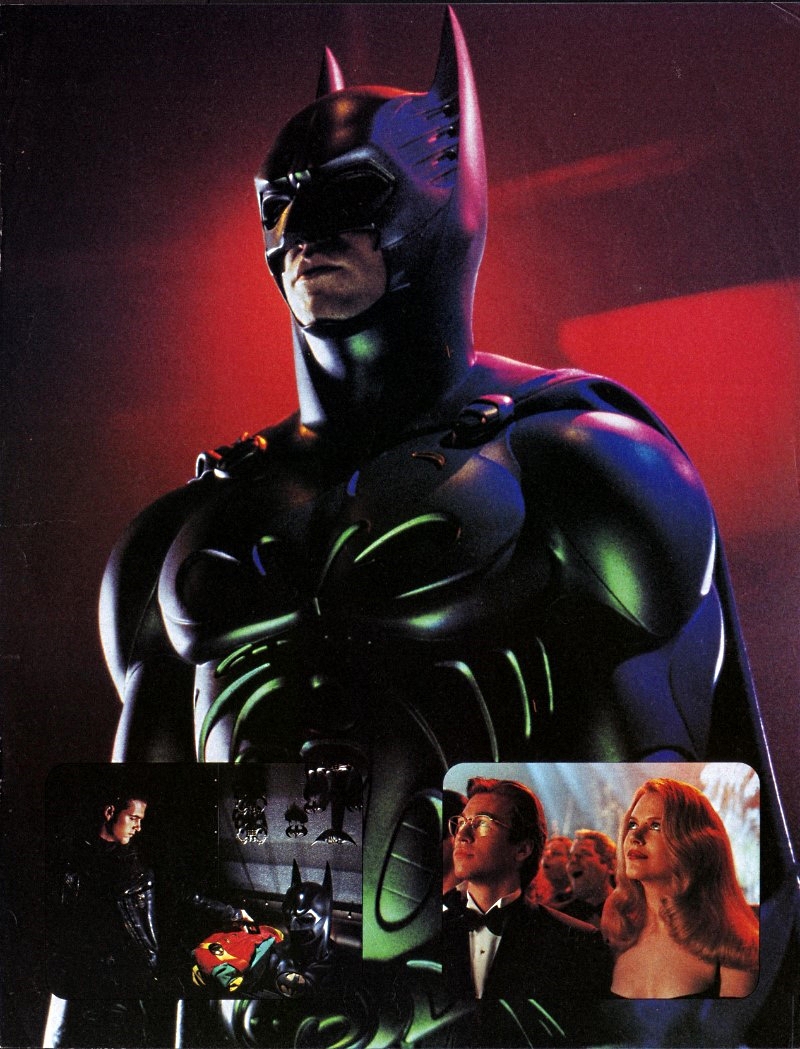 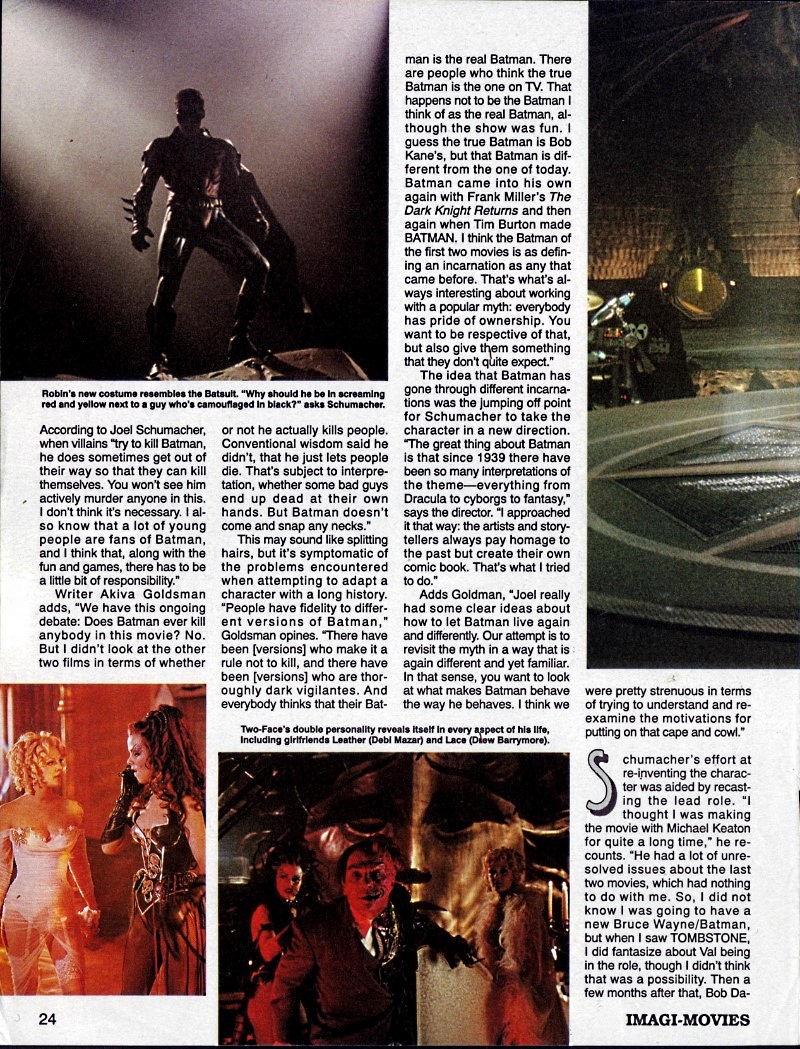 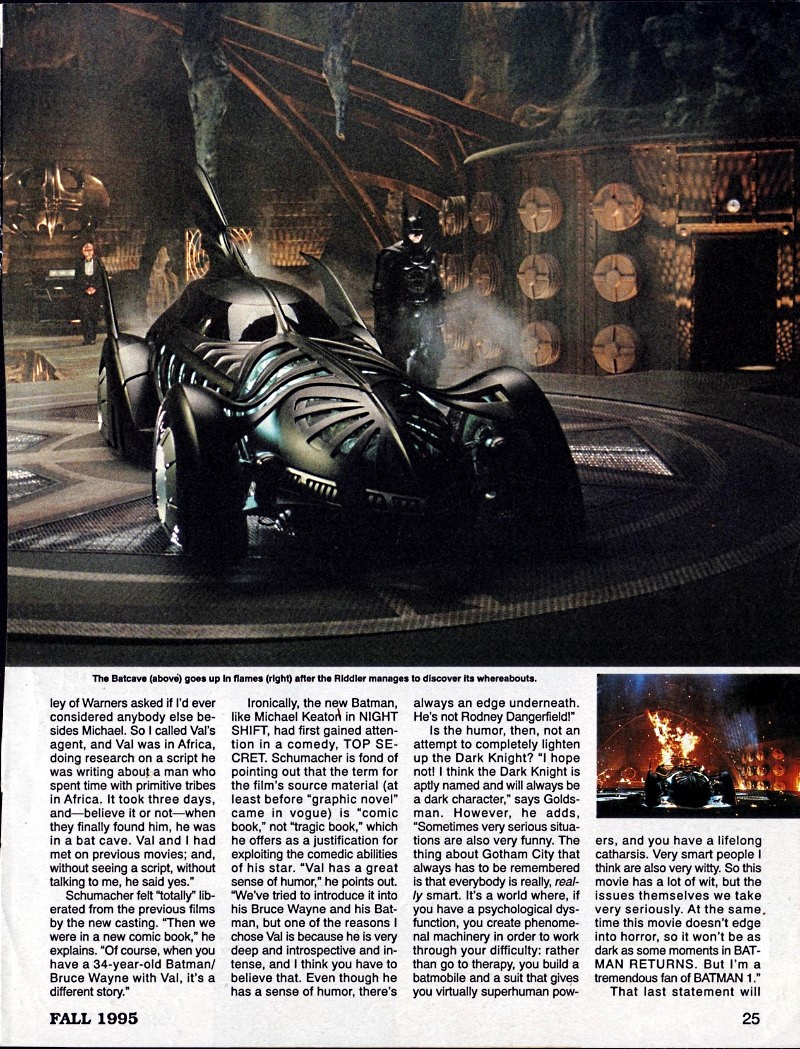 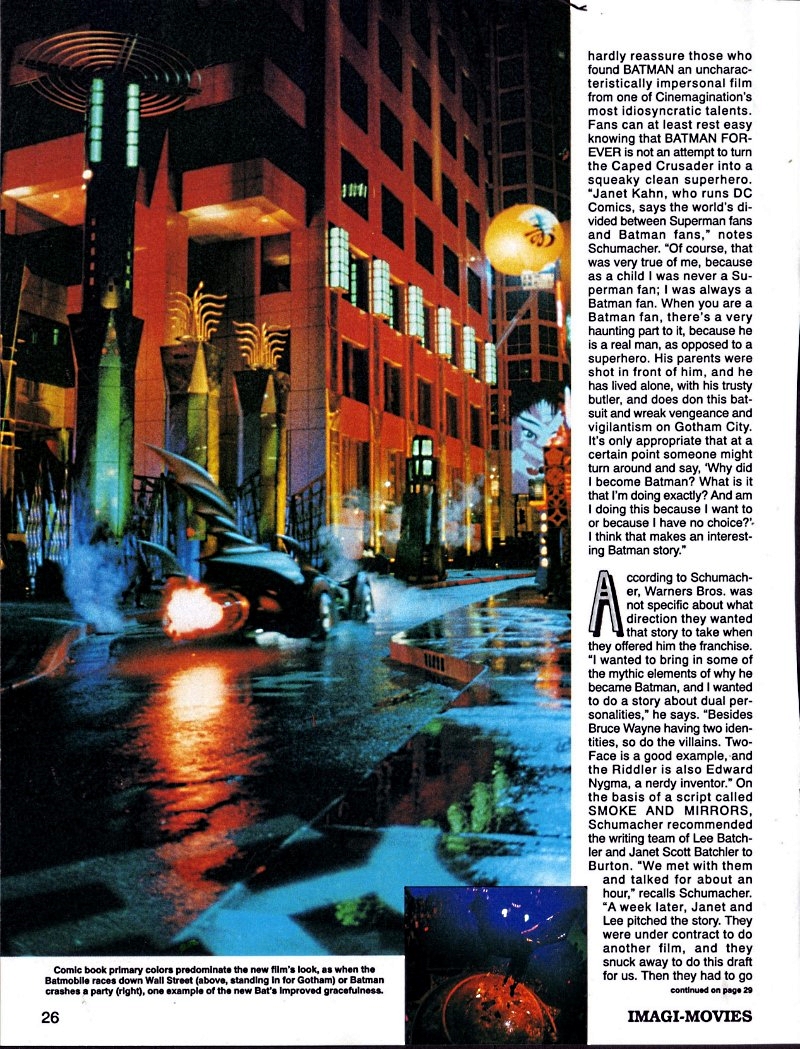 Back to the Metal Fleer cards. Not a bad selection here - characters aren't droopy or weirdly drawn. The Two-Face/Riddler card in particular looks kind of awesome. Shame they didn't try to make a whole set of cards like that. 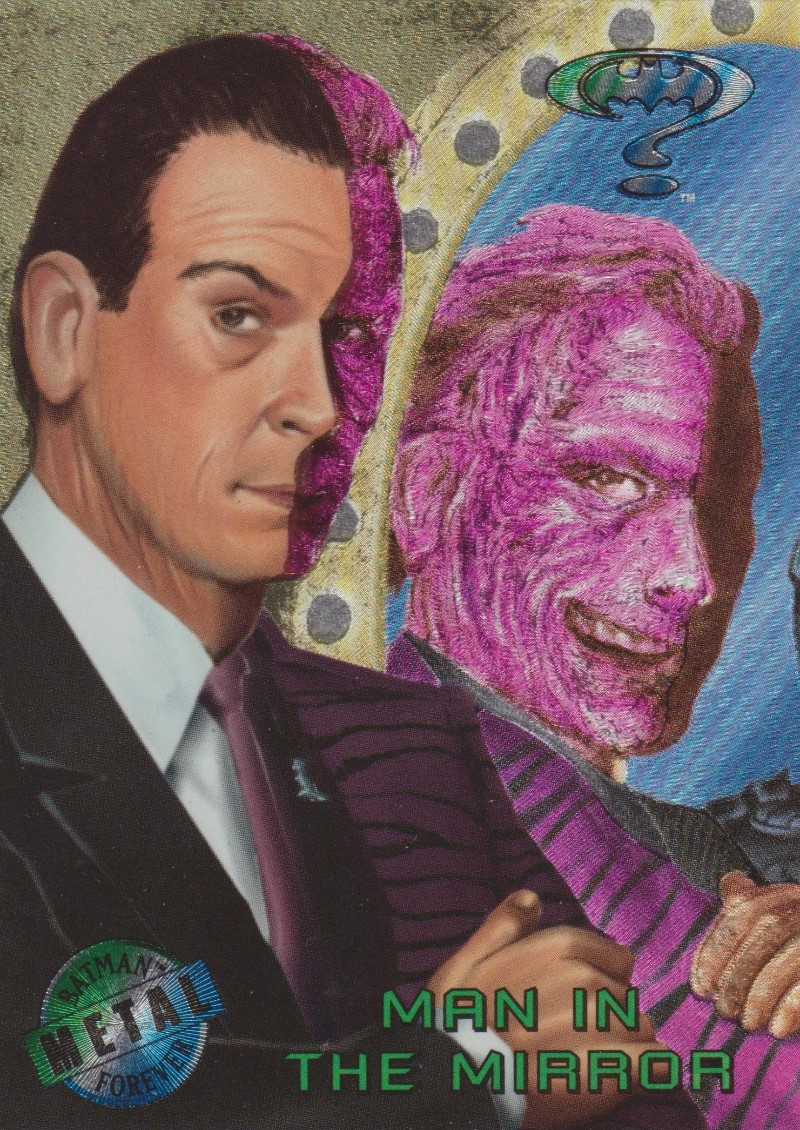 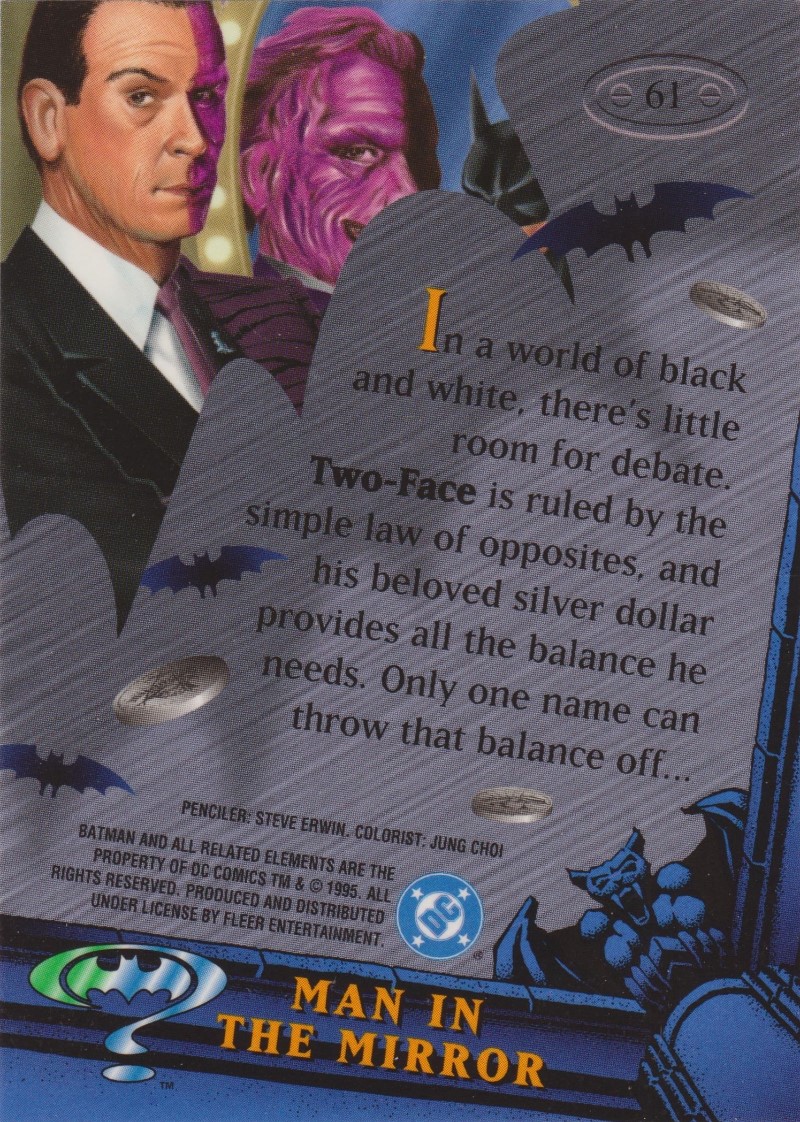 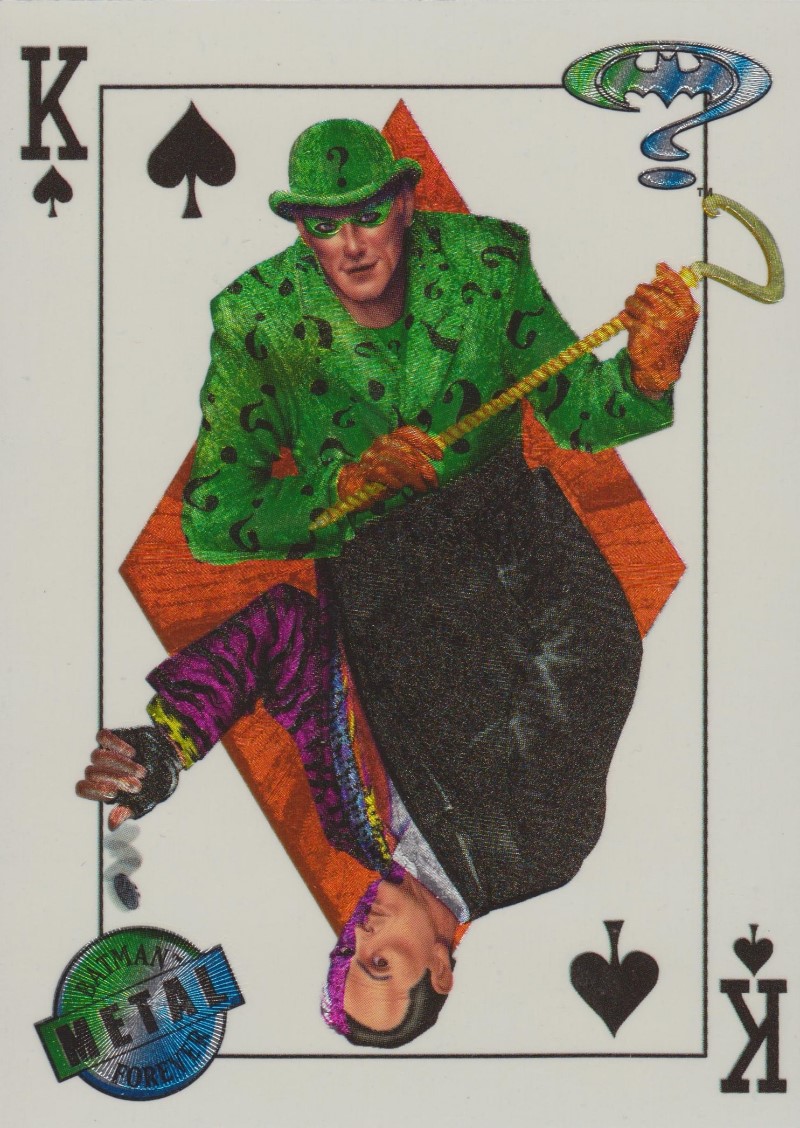 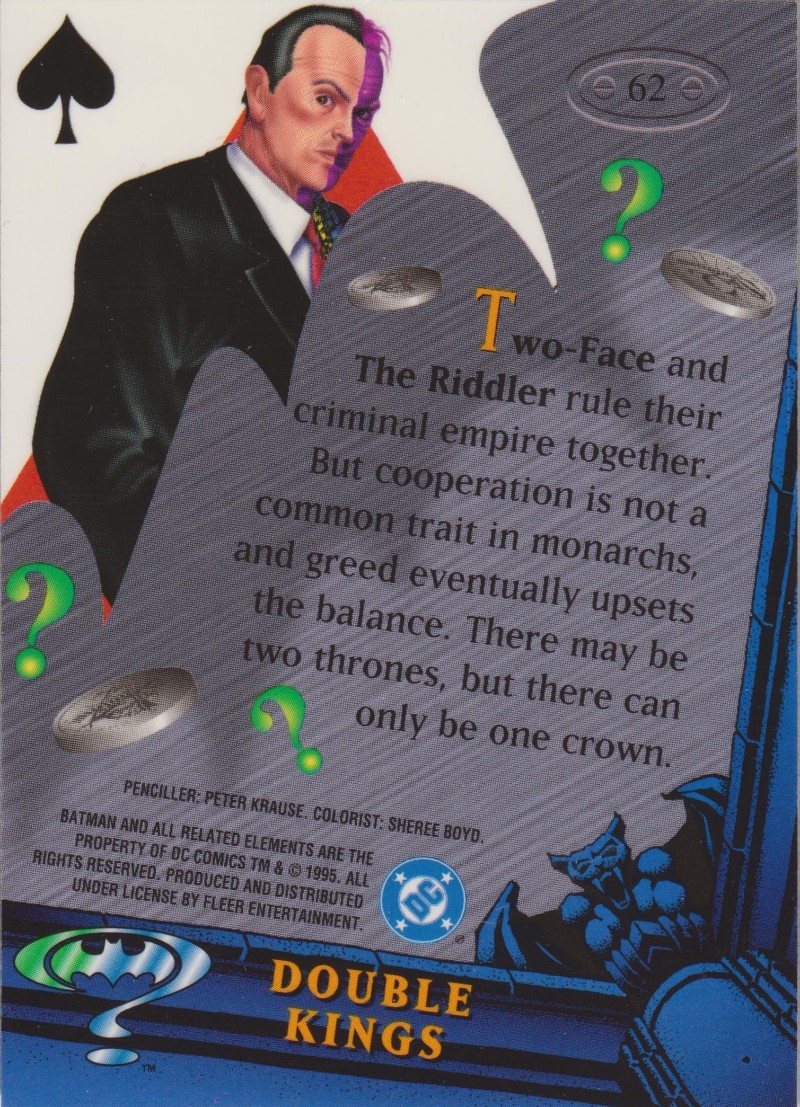 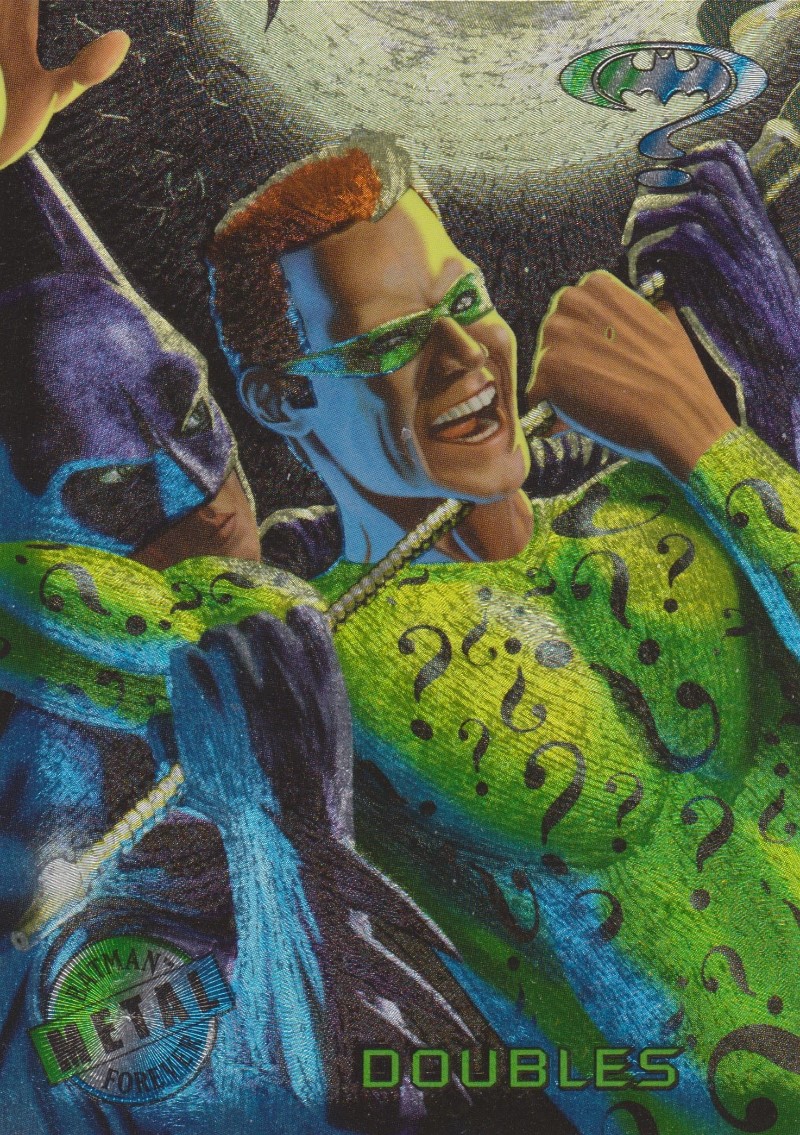 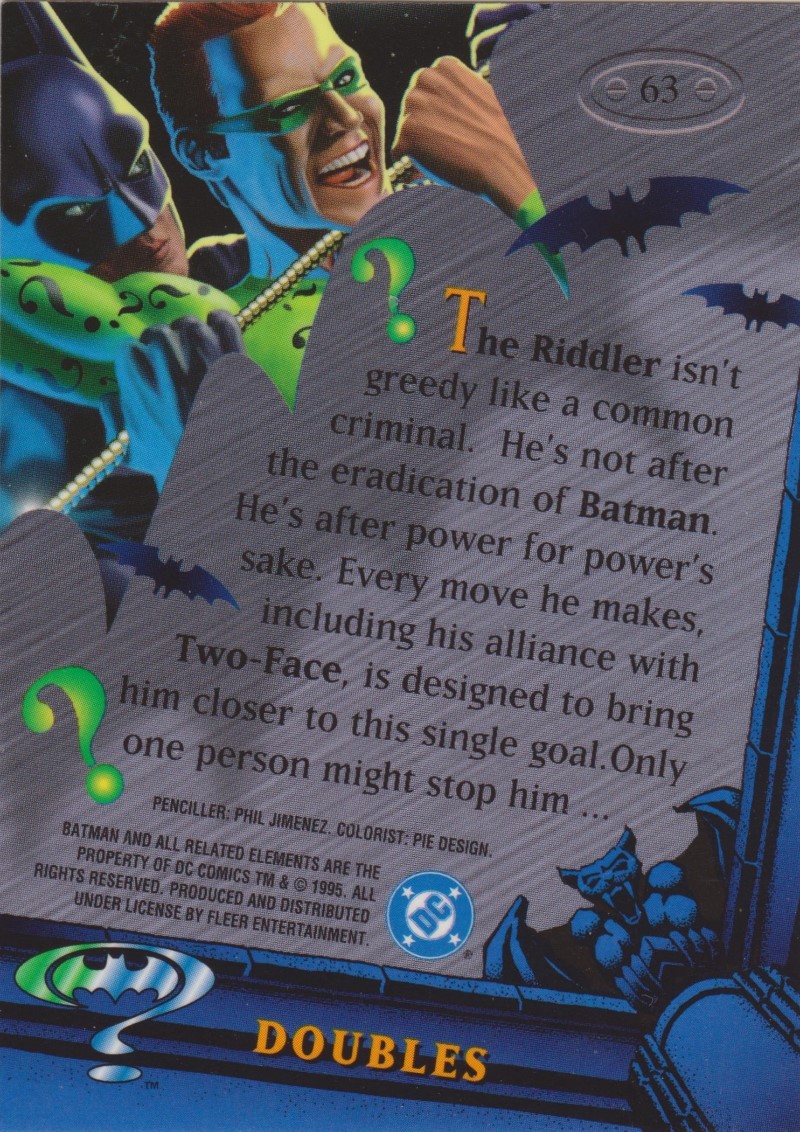 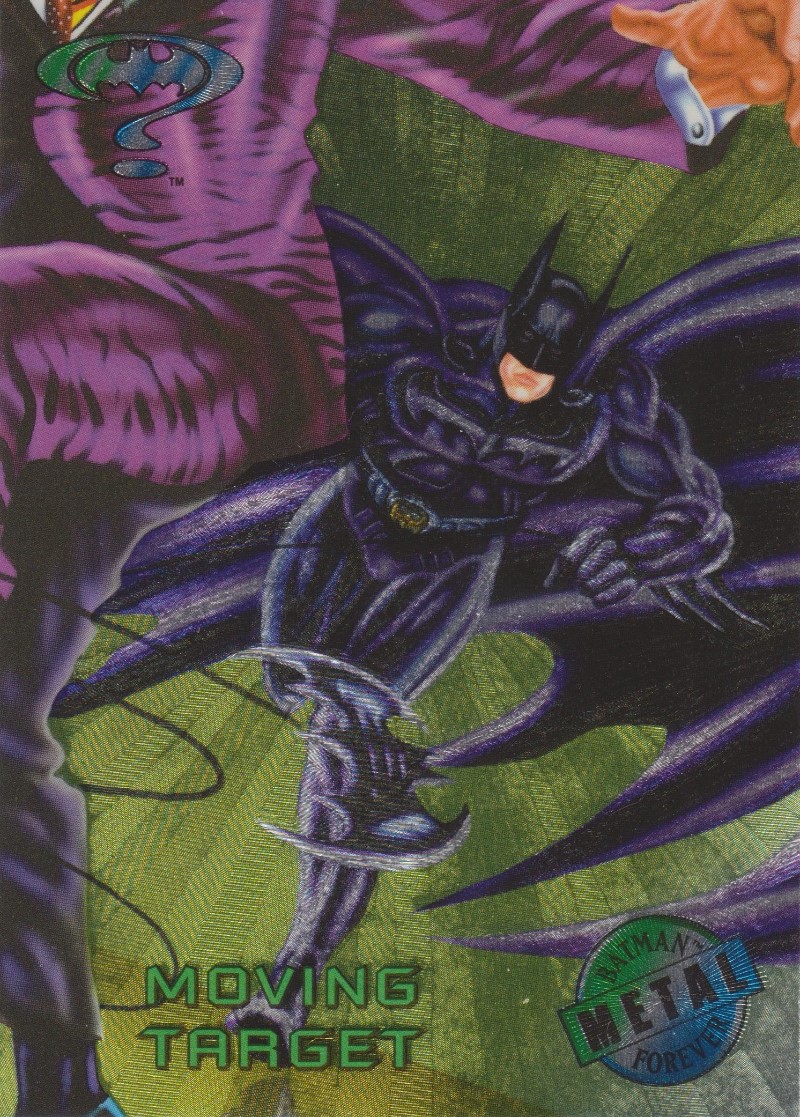 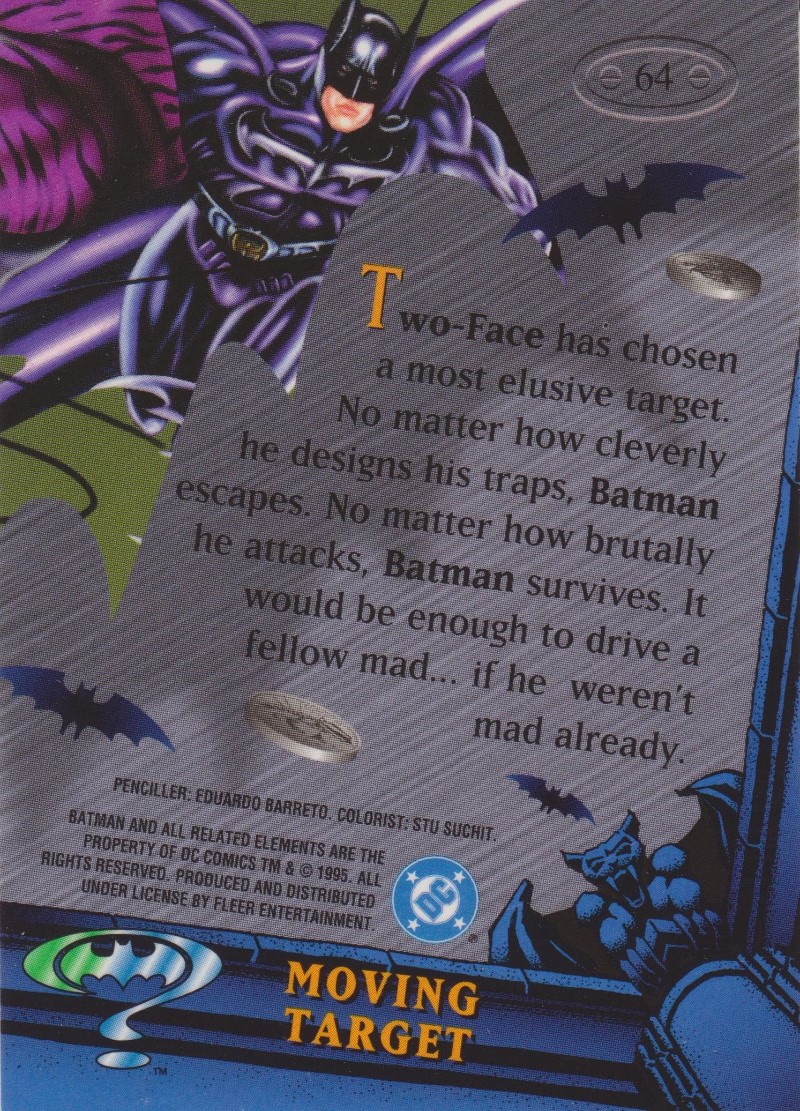 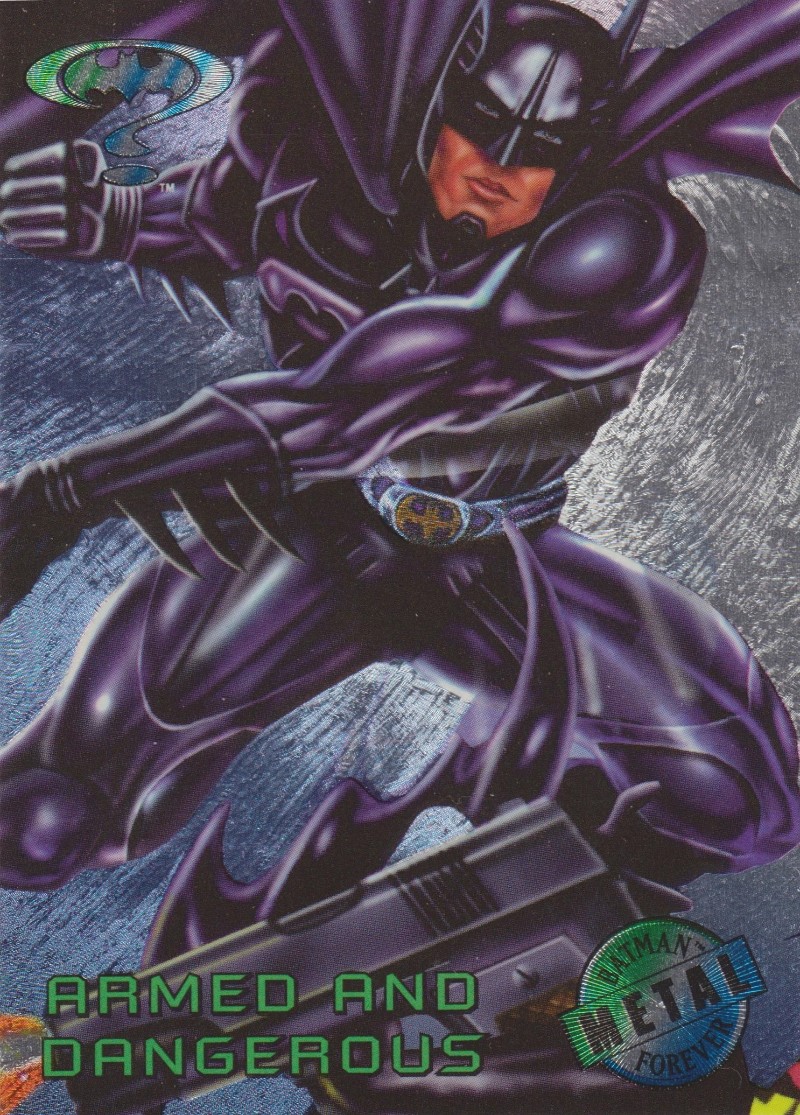 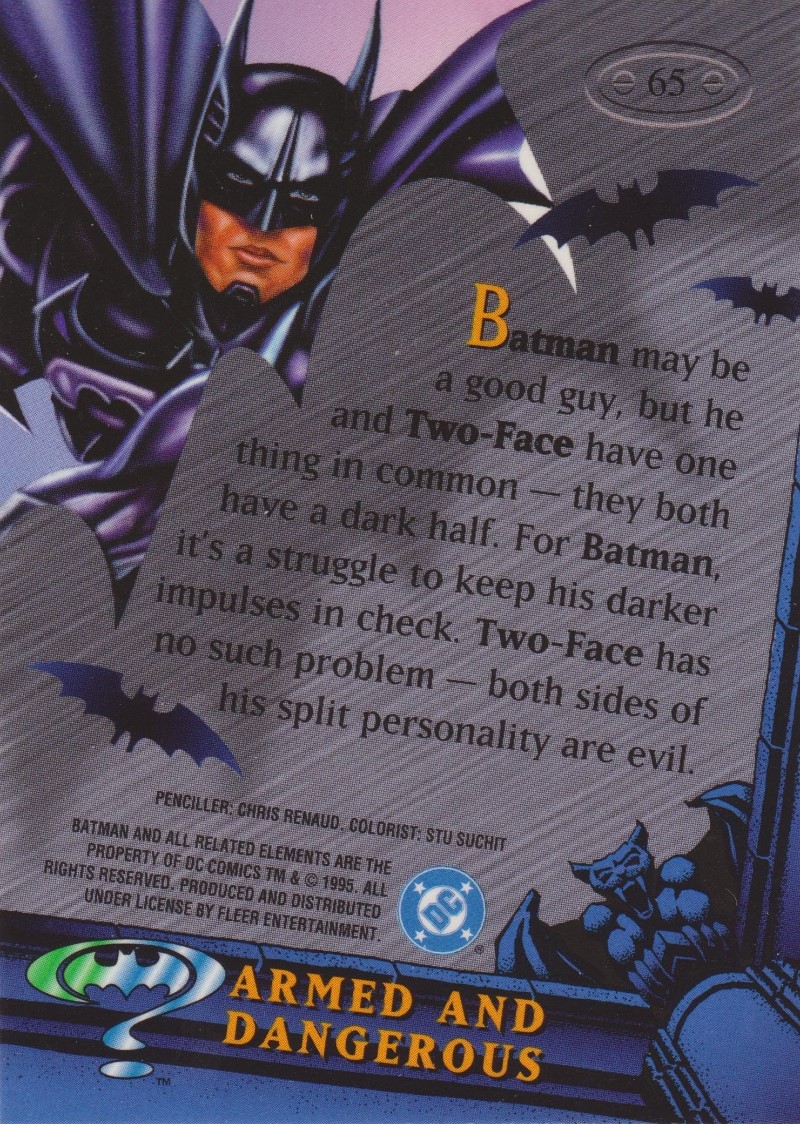 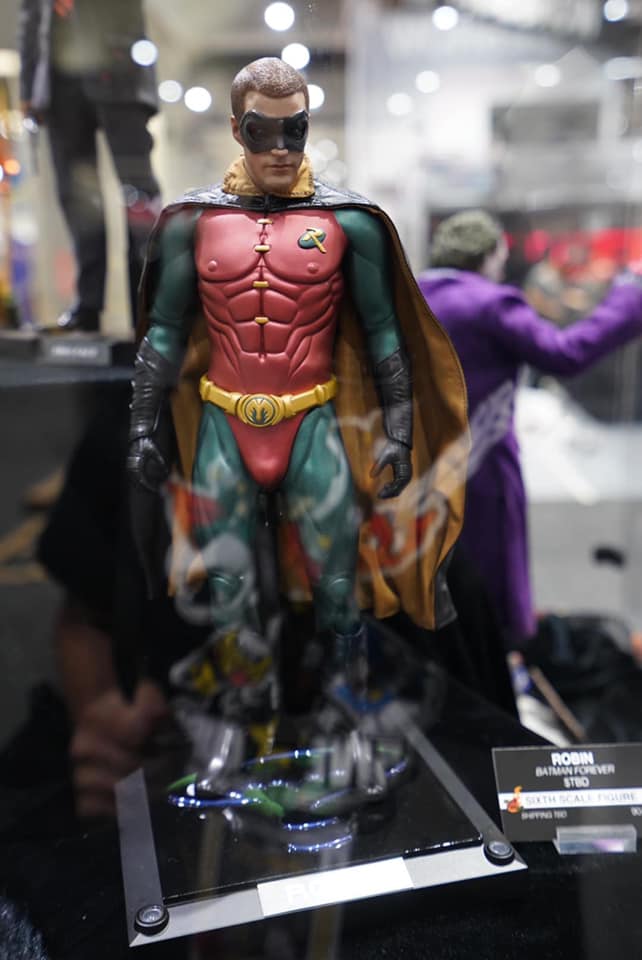 While looking at a scan of some old production documents for Batman Forever I came across this logo in the bottom corner of one of the pages. It was tiny and when I blew it up it was pretty pixellated.

Now "Blinko" was the codename that was used while Batman Forever was in production. The name Batman Forever didn't come along until (I think) the later drafts of the screenplay (it was possibly Akiva Goldsman's choice but I can't verify that). The Batchler's first draft was simply titled Batman III.

Anyway, I was fascinated with this logo. I love how the question mark is neatly incorporated into the text to hint at the Riddler's inclusion. It's a nice little piece of Batman Forever history that's been basically lost and I wanted to preserve it for future fans.

I don't own any production documents for the movie (just the press kit) so I couldn't rescan it but I set about using my limited photoshop knowledge to recreate it. So here it is at a higher resolution.

And here's my final version that softens the edges and gives a bit of texture to the picture.

Remember these candy heads? I sure do.

And now here's the one I've been waiting to show for ages. My video review of the Bruce Wayne figure by Kenner. Hope you enjoy it. Will be getting through more figures in the line soon.

I'll be getting around to reviewing some of these in the near future. In the meantime, here's a selection of adverts for the Batman Forever toy line.