Apologies for the delay in this news. I've been so  focused on getting new videos up for this site it somehow escaped my notice that Hot Toys has unveiled a prototype of a Sonar Suit Val Kilmer figure at the Hong Kong Ani-Com & Games convention!

Here's a photo alongside the Robin figure. Hoping these come in a two-pack and that more figures are on the way. 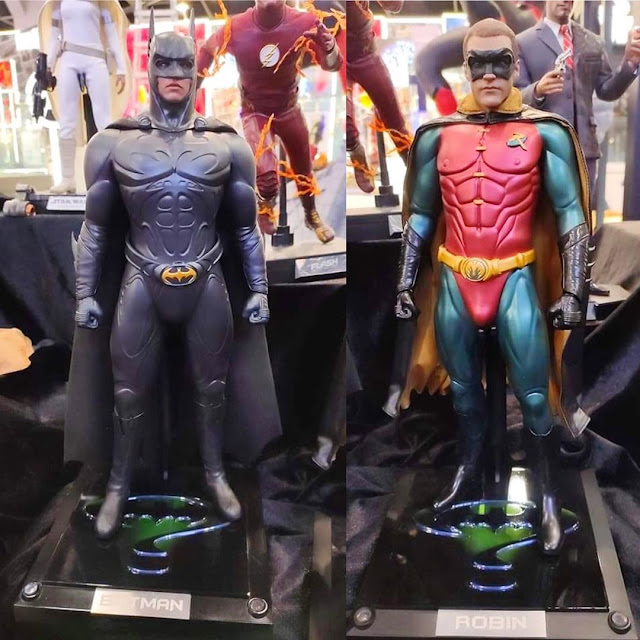 And now for something I've spent a long time on piecing together. This is my collection of shots and clips - taken from various sources - that aren't featured in the film OR the deleted scenes from the dvd/blu-ray.

I hope you enjoy this. It was a lot of fun to put together and I'll do updates if I find anything else. If you think there's anything I've missed let me know.


In the meantime, here's my favourite piece - the end shot from movie (note: the second photo is one where I have created the background). 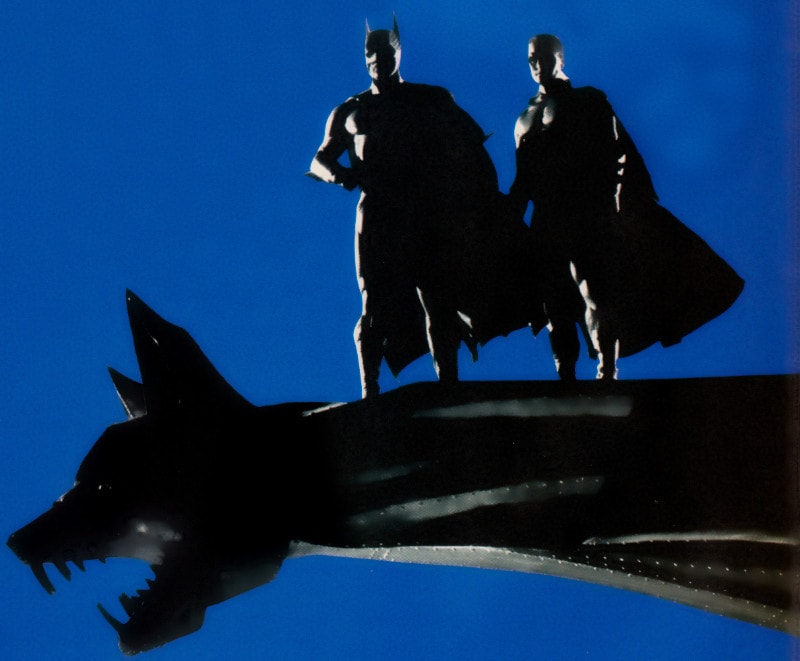 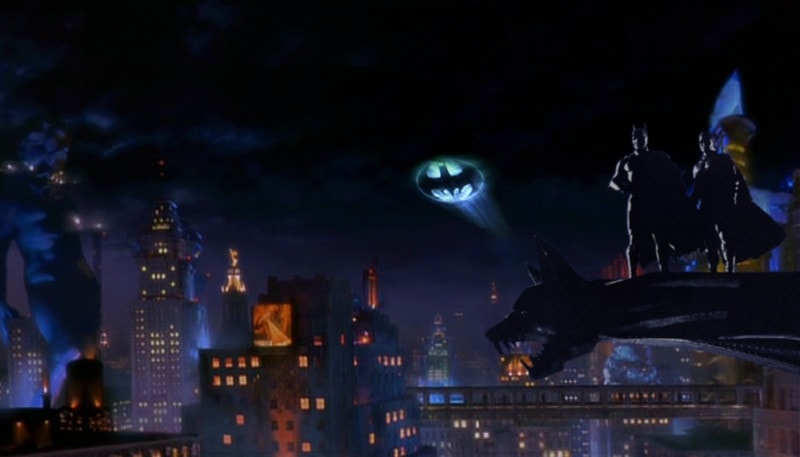 I was tempted to save this for later in the year but I just picked this up from the shop today and shot the review this afternoon.

Here's my review for Funko Pop Heroes Batman Forever figure (no 289) that has been released in conjunction with the 80 Years of Batman celebration.


But I also have versions of the deleted scenes with music and sfx added. This is taken from a fan edit called the Virtual Workprint (look it up on google - it's easy to find. Someone posted it to reddit a while ago). The so-called Virtual Workprint took the deleted scenes from the DVD and added them back into the film (the maker also reordered the beginning to match the production script - it starts at Arkham, then has Bruce meet Nygma, THEN we go into the bank heist.

This is a fun set up - I love how Gothic they made Arkham Asylum - but it's kind of redundant and the writing on the wall is a little hard to read. I can see why they cut this.

SCENE 2 Longer confrontation between Two-Face and Batman in helicopter.

It’s nice to get a little more Tommy Lee-Jones. He definitely got pushed off screen by Jim Carrey's dominating presence but I think the short version in the film works better.

Yeah I can see why they cut this. It’s really goofy and makes Batman look like a fool.

SCENE 4 Bruce talks with Dick while he trains.

I'm sorry, Dick taping a photo of Two-Face to a dummy is really silly looking. I do like the ending with Bruce high kicking the the top off though. I think Val just about pulls it off. Imagine Michael Keaton doing something similar?  Yeah, me neither.

This is kind of interesting. The early scripts had a character called Vondelle Millions who hosted a TV talk show that debated whether Batman was a menace or not. It seems this scene is what it got reduced down to. It’s okay - not a fan of the actor's delivery - but it makes Bruce seem really impulsive. Like because he saw something on TV he decided to quit being Batman.

This is fascinating. I love the giant bat. I love the symbolism and over the top-ness of it but it sort of stops the film when it should be building towards the climax. I don't love the whole diary aspect. The deleted scene is missing a voiceover. Basically the idea is that Bruce discovers from reading the diary that when he was a boy his father chose to go to the cinema on the night his parents were murdered. Bruce mistakenly thought he had been the one and thus, inadvertently, the one to blame. It’s kind of silly. I'm glad they cut it.

I love the giant bat though and wish they could have found a place for it.

SCENE 7 Does it ever end?

Yeah it's an ill advised copy of the ending to the 1989 film.

I get the pun they are trying to make. "Does it ever end?" Alfred should have said "No, he's Batman Forever" and then winked at the camera. It just the look Nicole gives at the end. She looks like "Oh, maybe I've made a mistake dating this guy."

Originally the film was to end on a shot of Batman and Robin on the rooftops of Gotham City. We'll be looking at that and other deleted shots next time.

Behind the Scenes: Sculpting the Batsuit

Apologies for the somewhat shoddy picture quality. Here's some photos of the Batsuit being sculpted. Interesting to note that the mannequin in the first few looks an awful lot like Michael Keaton. I guess these were made when he was still in contention for the role. It also seems to be some kind of hybrid of the Panther and Sonar suits. Very interesting. 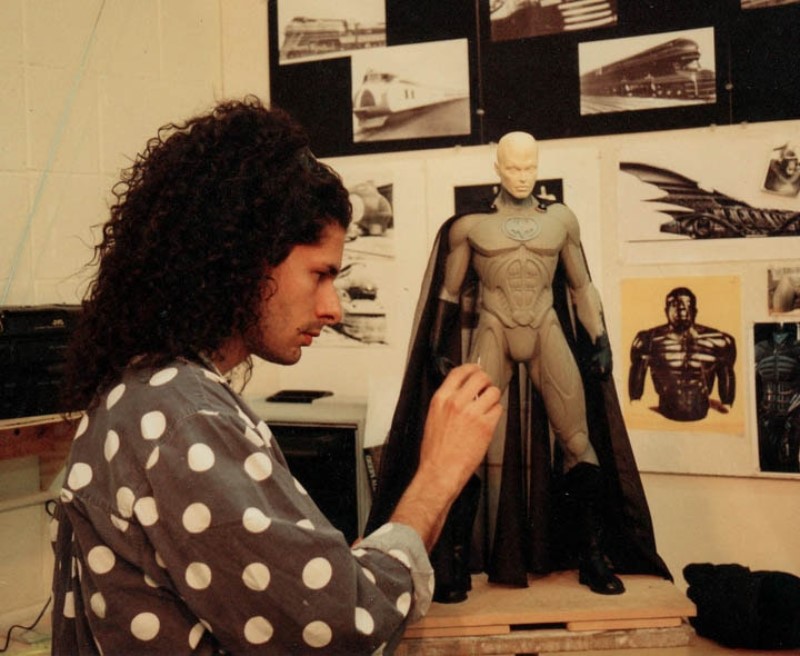 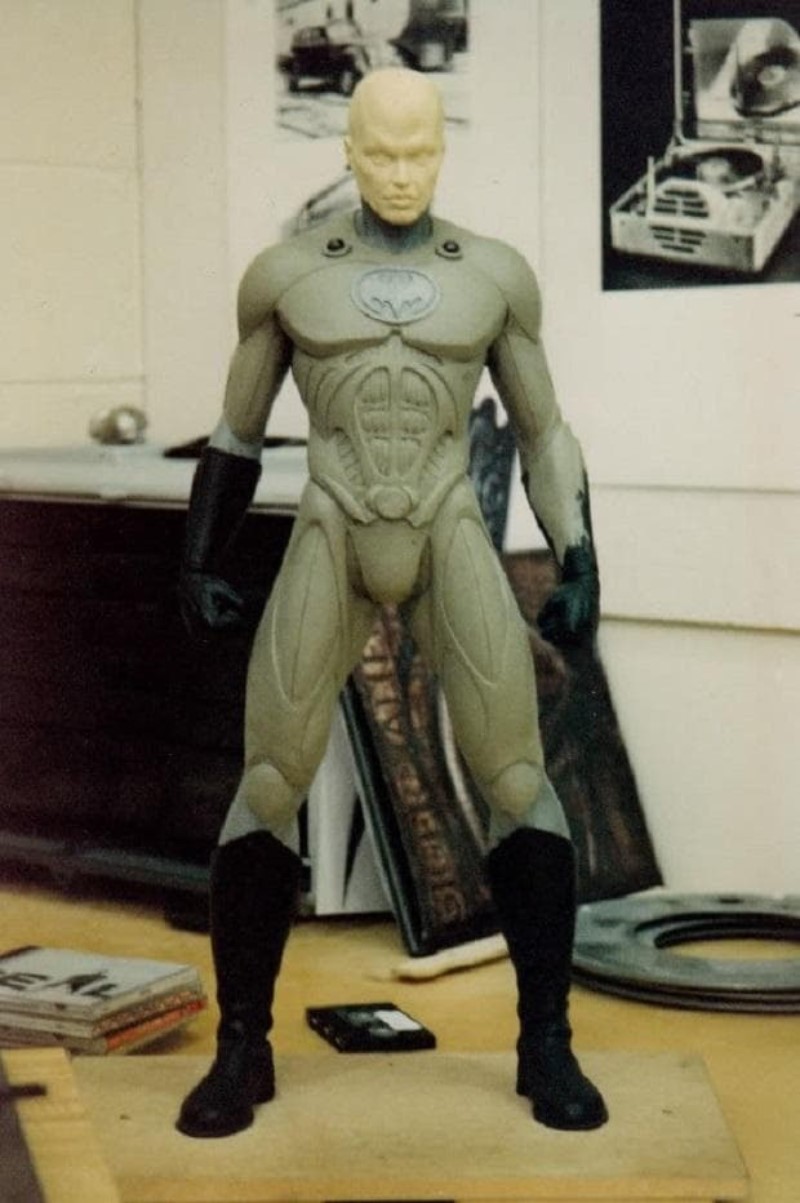 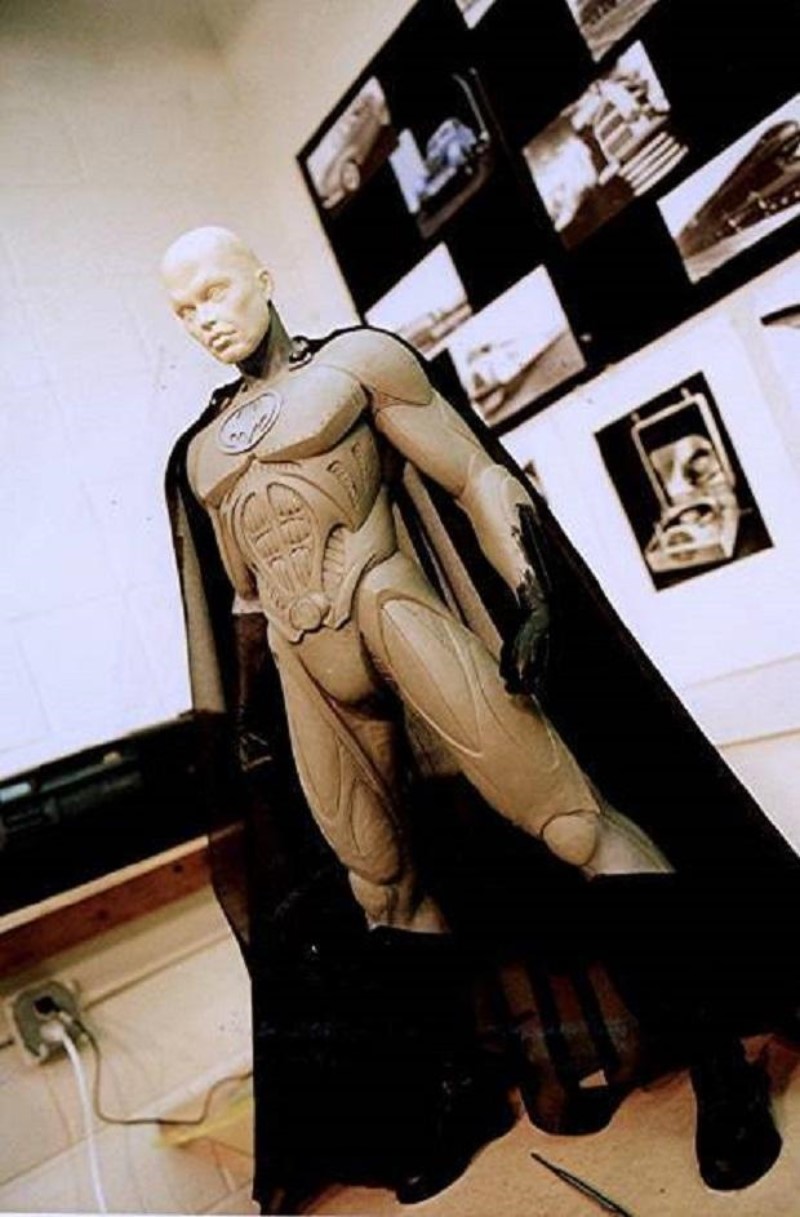 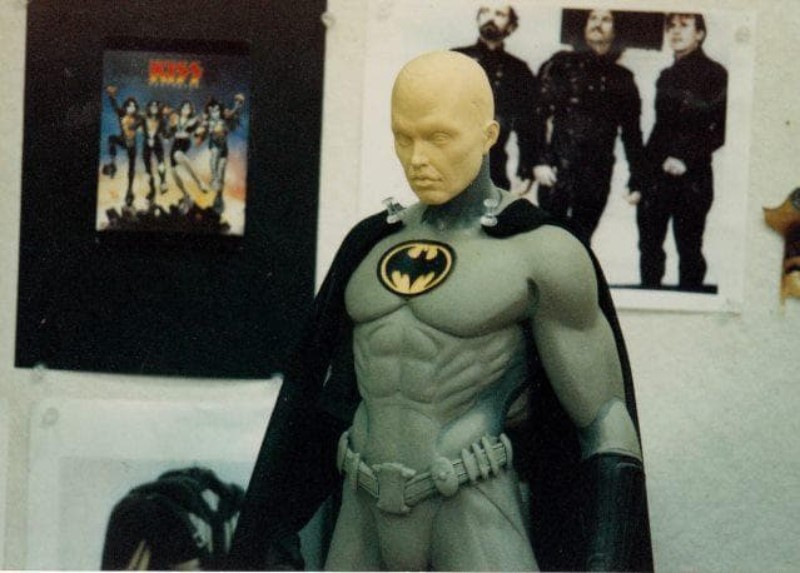 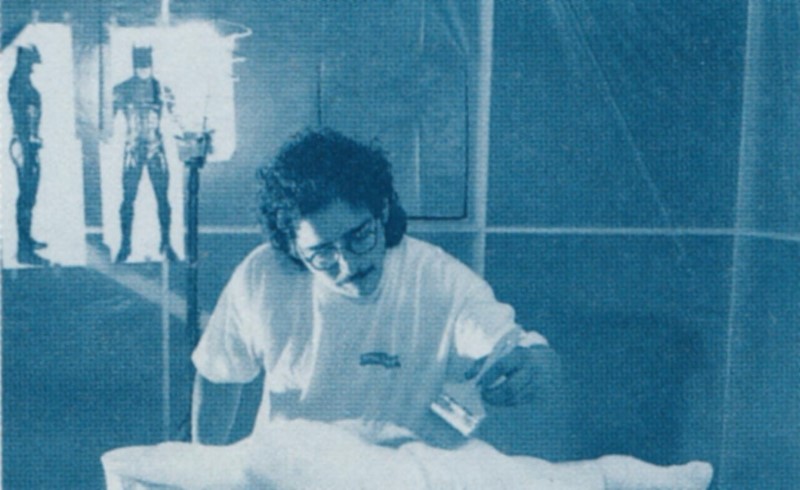 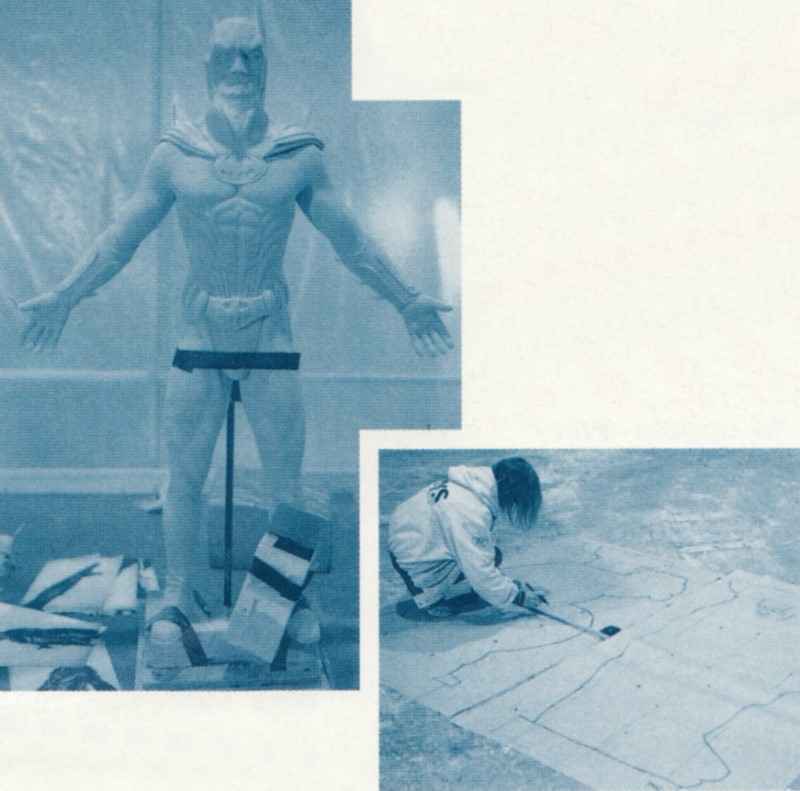 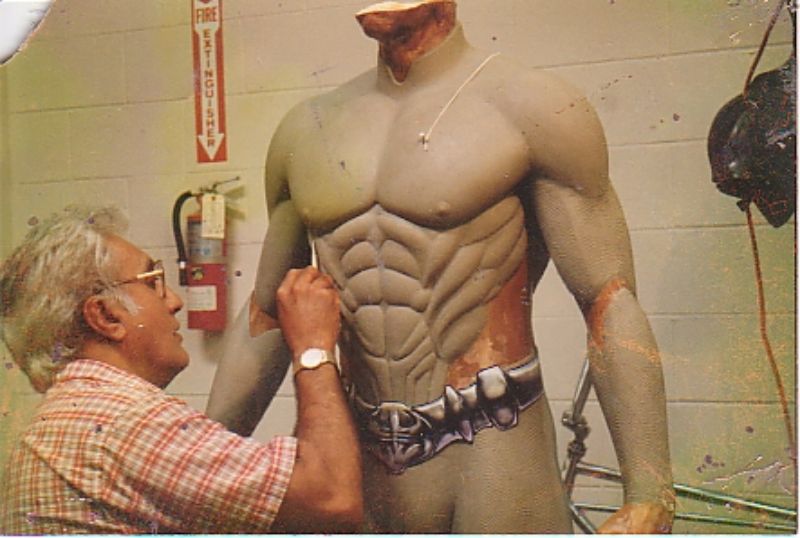 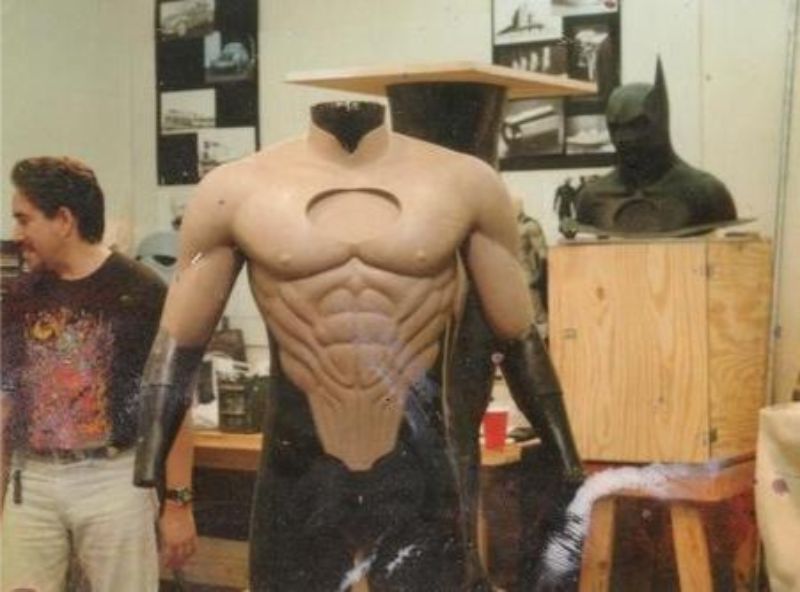 at September 13, 2019 1 comment:
Email ThisBlogThis!Share to TwitterShare to FacebookShare to Pinterest
Labels: Batman Forever, Batsuit, Behind the Scenes, Michael Keaton

Can't quite remember how I found this but here's one of the fake magazines from Edward Nygma's work cubicle.

Back to the video reviews. First up we've got a quick review of the Comic and CD set.


And a little bonus episode for the Debden Organiser (aka Filofax)

This week I'm looking at a couple of soundtrack and score related bits.