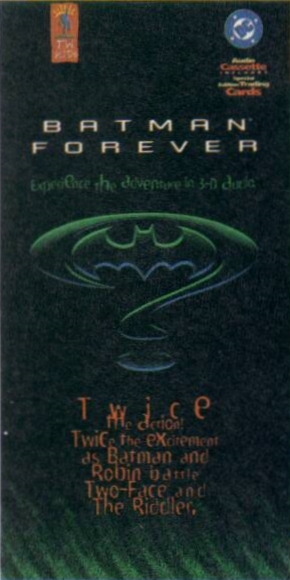 In addition to the audiobook read by Rene Auberjonois, another audiobook was released to coincide with Batman Forever.

Released by TW Kids it was 1 hour long and released on a single tape cassette. It's more of an audio drama than a narrated book. Accompanied by audio effects and music.

When Batman & Robin was released in 1997 they did a similar audio drama on CD (though that was only 35 minutes long).

Anyway. it's an interesting listen and hard to get a hold of. Hope you enjoy it.