This is something that I nearly bought from a collector but didn't. He was offering a bunch of stuff and I had to draw the line somewhere. I figured if I did get it it would just sit in a box in the attic. It's probably one of the most unusual products they made as a tie in to the film.

It's the Batmobile Super Soaker. Despite it's name it's not a water pistol. The idea is you pump it fill of water and it jets water out the exhaust and propels it along the pavement for a few metres. Sounds fun and a novel idea but maybe something that wouldn't be interesting after the first 5 minutes. If anyone bought this please leave a comment. Let me know if I missed out on something awesome.

The fact that it has a "trouble shooting section" on the back of packaging leads me to believe it might be a bit temperamental. 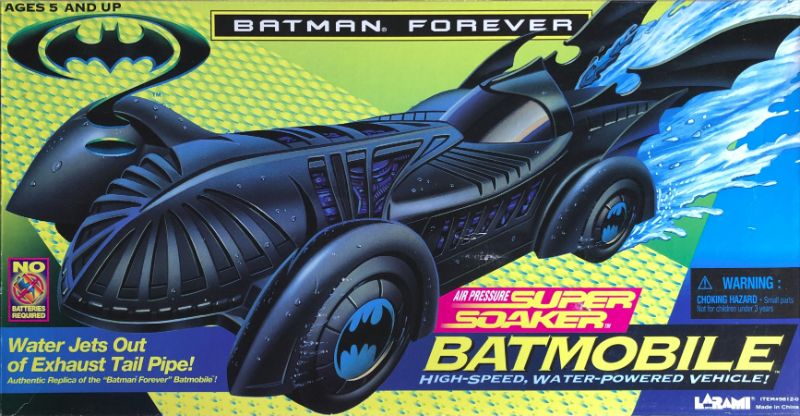