Here's a couple of sketches of the design for Wayne Enterprises used in the film - an interesting idea of having the building be nestled among larger skyscrapers and built on top of some kind of hydro-electric dam.

A little bit of trivia - some versions of the script had Bruce arrive at Wayne Enterprises via helicopter before his meeting with Edward Nygma. If you look at the sweeping establishing shot they use in the film - it almost looks they did the shot but then figured they could save money by not adding the helicopter. Joel has mentioned in some recent interviews that the budget was quite tight so this may have been the case. Who knows? 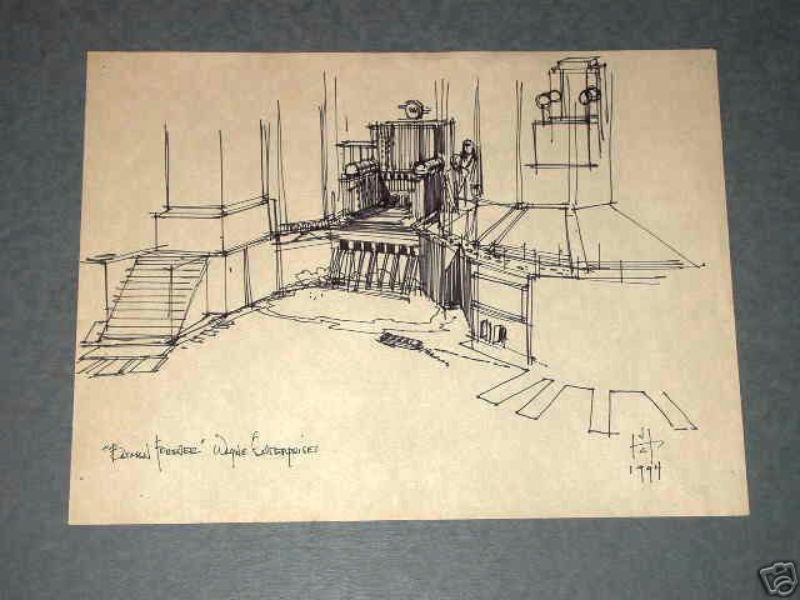 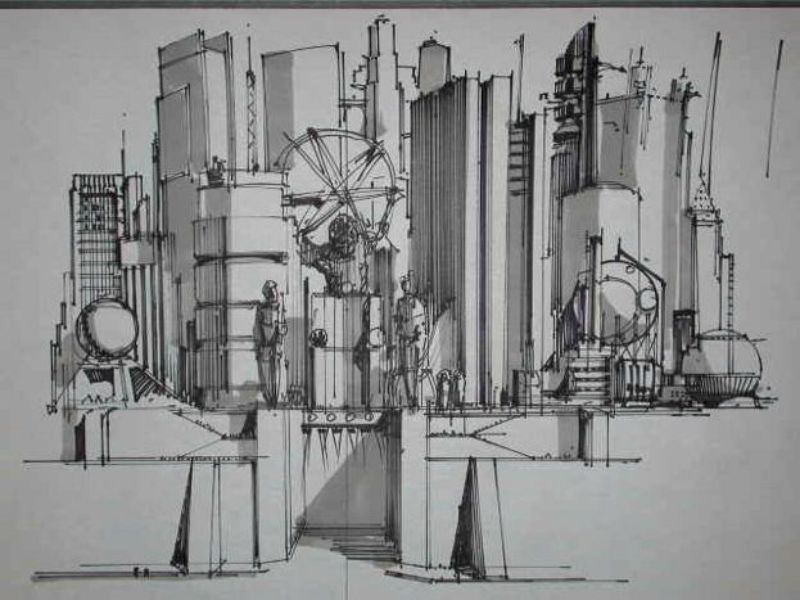