A user on twitter Mindd Kidzag has scanned a copy of the Batman Forever script. Unlike the two scripts that have been available previously which dated from late 1993 and early 1994 this is new one is specifically dated 13th October 1994.

Interestingly the part where Dick steals the Batmobile and confronts the Neon Gang has handwritten dates at the top 13th February 1995(!) - suggesting this scene was rewritten towards the end of shooting.

This is really exciting because it tallies with the shooting period of 24th September 1994 to 2nd March 1995 and gives us the closest view as to what exactly was filmed. With the Snyder Cut of Justice League having just been released a lot of Batman fans are turning their attention to the Schumacher Cut of Batman Forever. In my view, this script is the best record of what that Schumacher Cut is/would be.

I'm going to be doing an in-depth video analysis of it soon but in the meantime, have a read by clicking here. 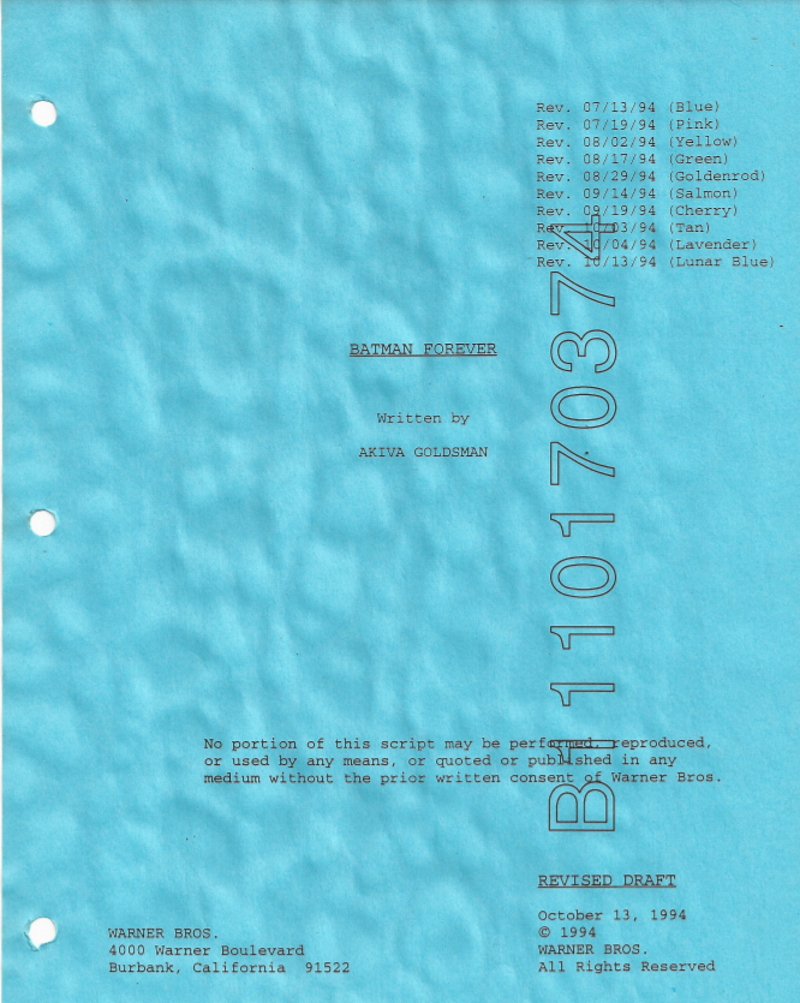