The second issue of Sci Fi Universe that covered Batman Forever is a lovely in-depth series of articles about various aspects of the film. One of the interesting things to note in this article is that there's an honesty to how rushed the production was. I know I already knew the budget but it bears repeating - this movie was made for $70 million!

There's also some interesting little bits of info like Joel talking about how they wrestled with coming up with the movie's title.

And Pat Hingle also gives lots of interesting insights. He even gives a gist of what the Marlon Wayans version of Robin was meant to be in Batman Returns (he must have had a great memory to remember that considering none of it was shot or in the final script). 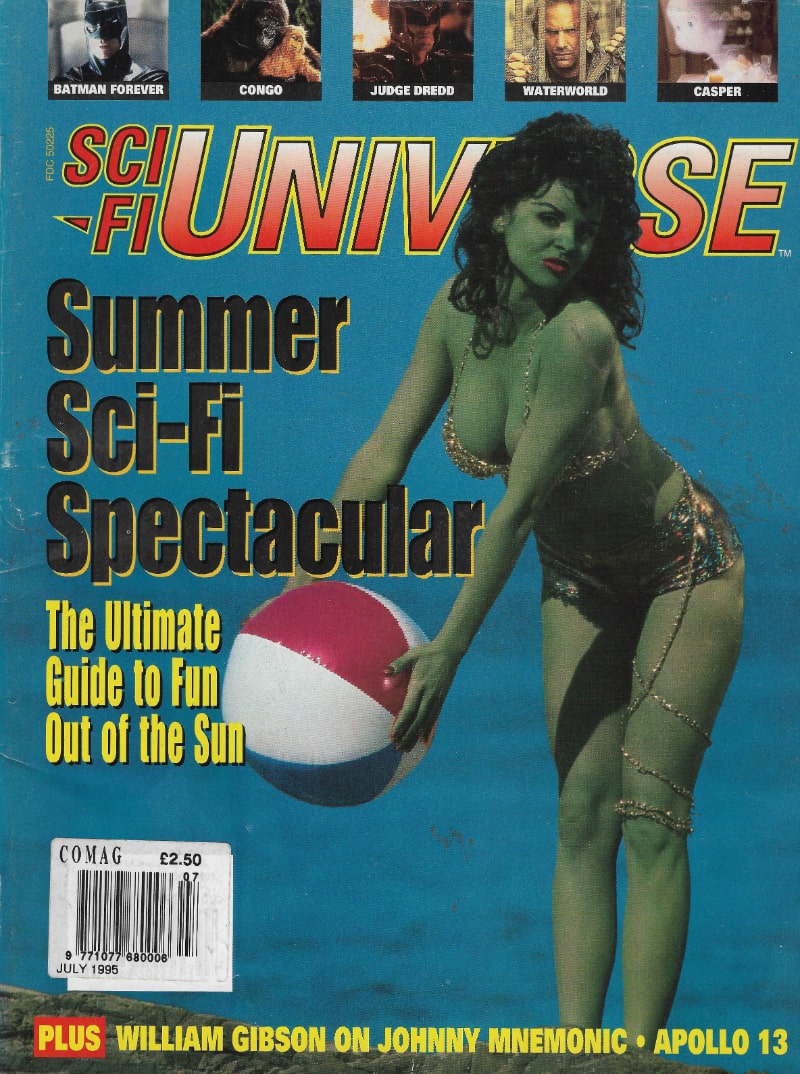 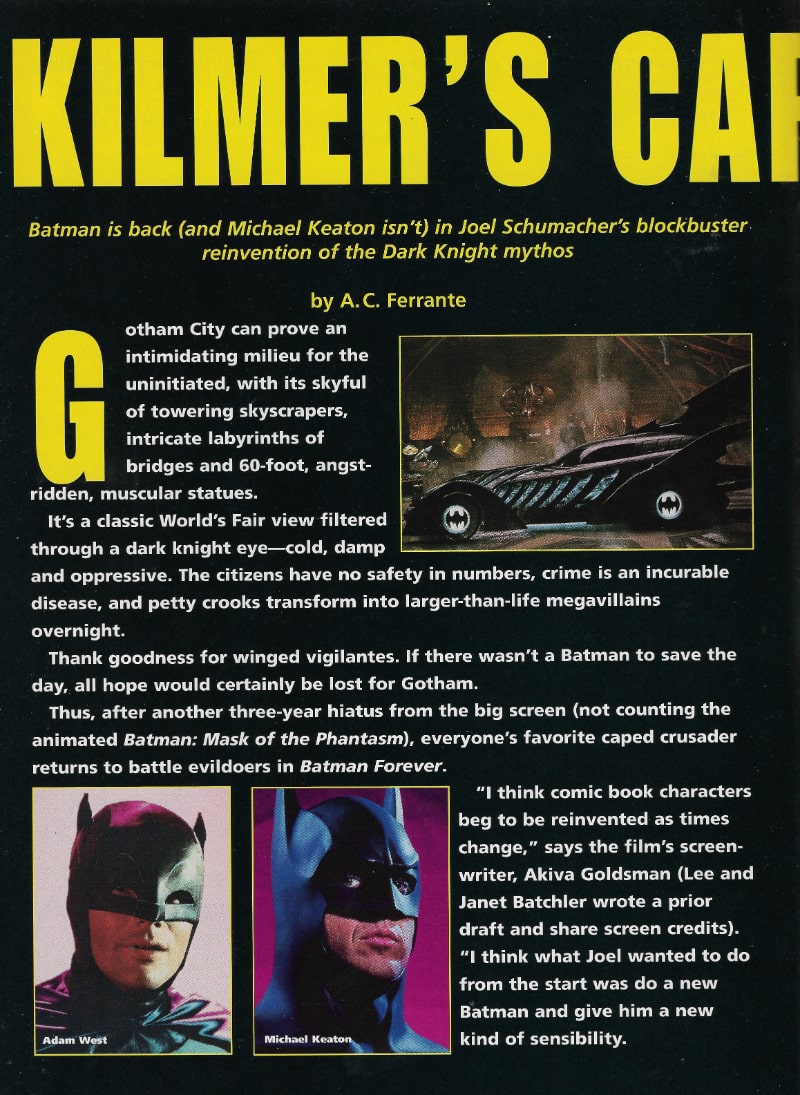 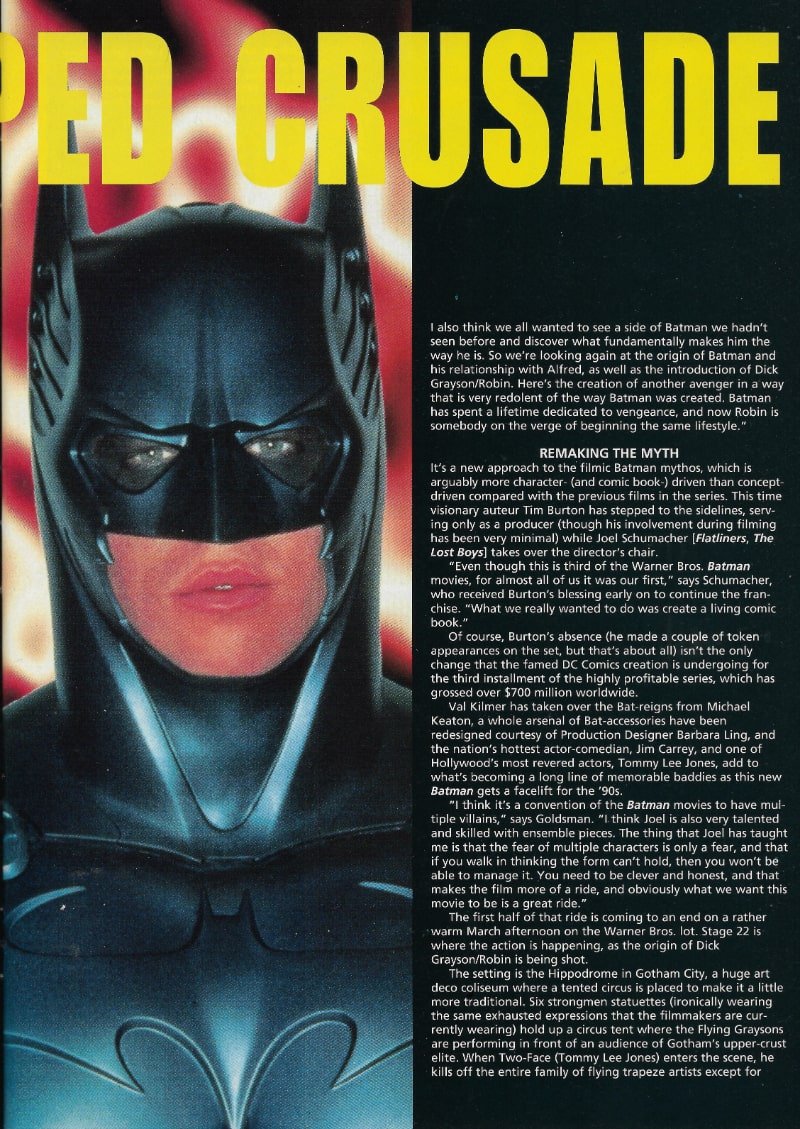 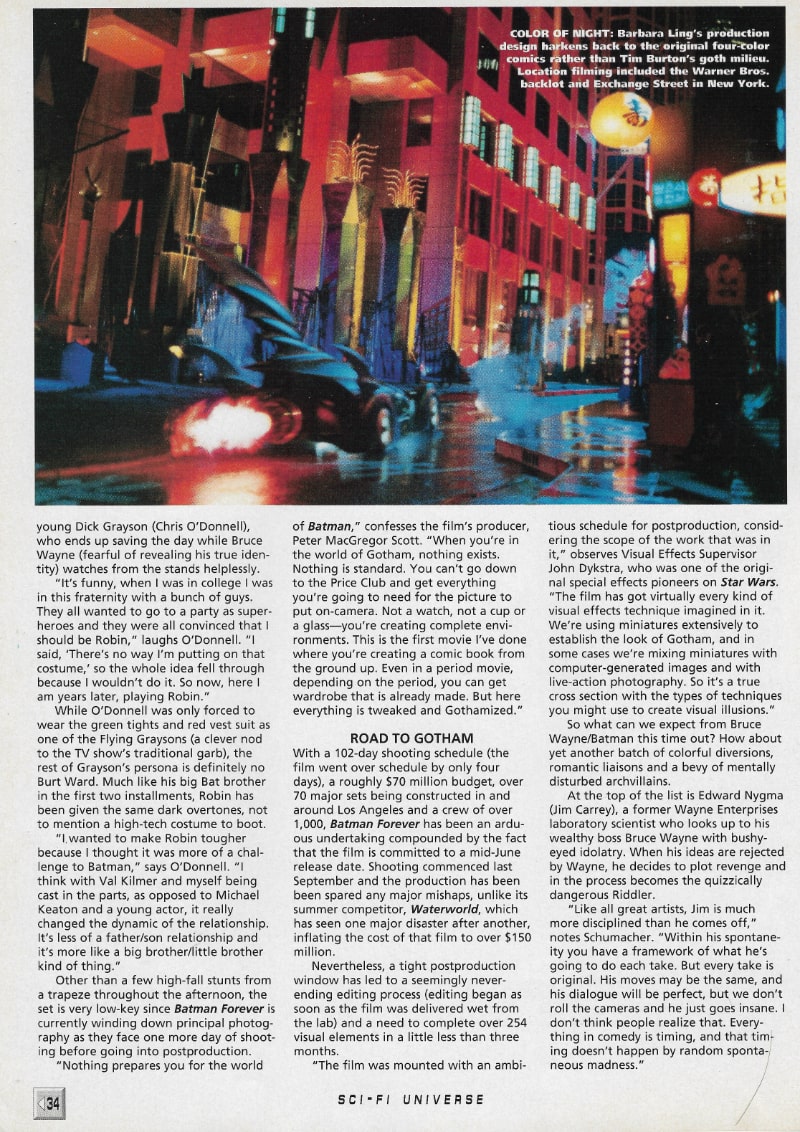 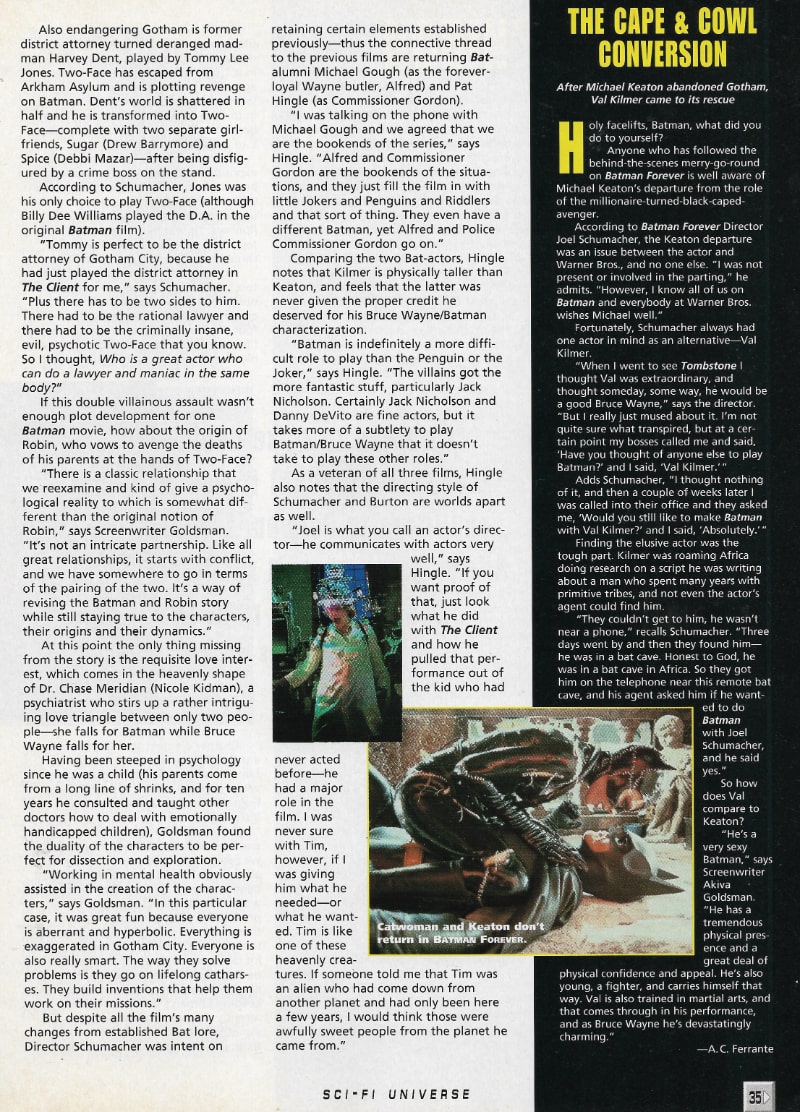 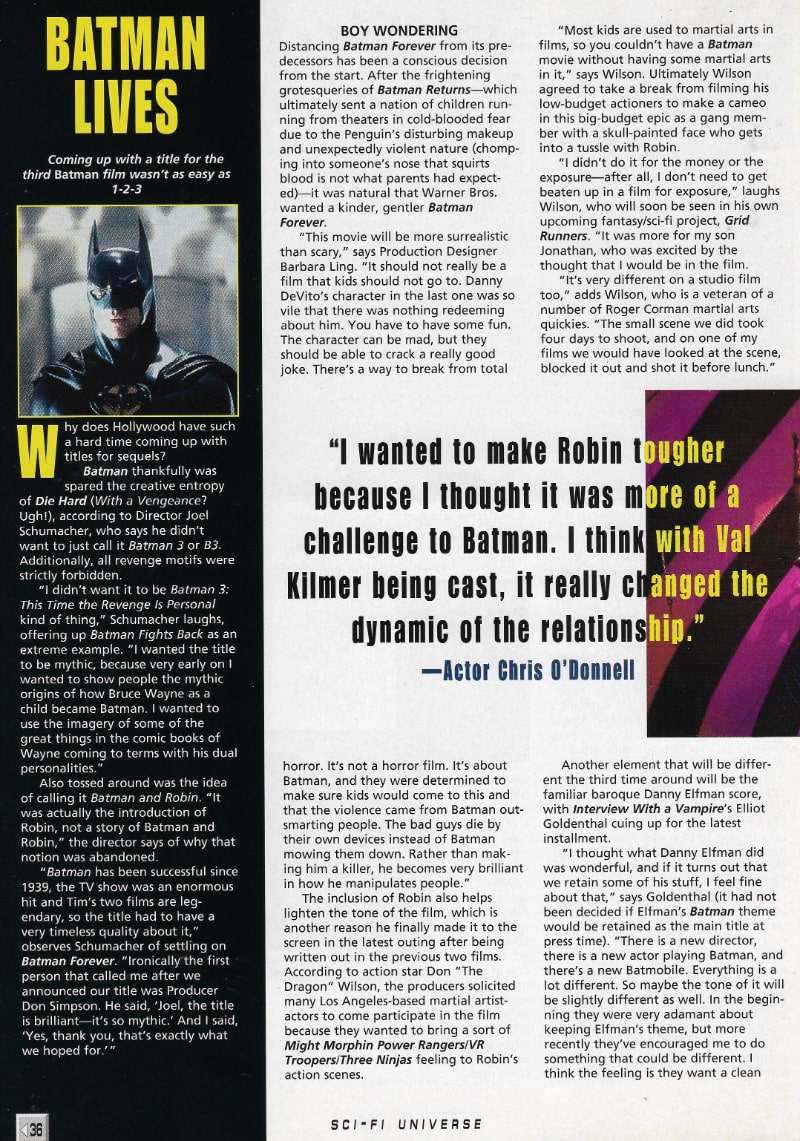 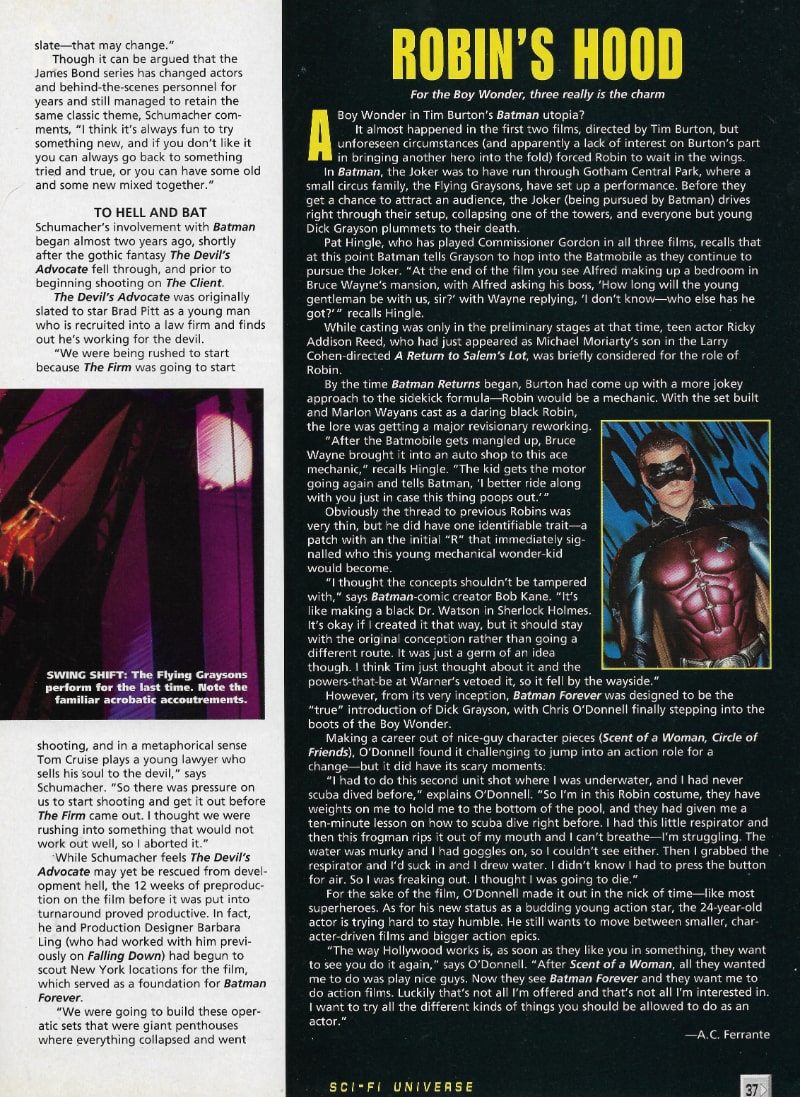