A look at the changes to the Batman Forever comic adaptation

This week we're going to look at the differences in the comic adaptation of Batman Forever. I used to love this (and the other adaptations) as a kid. Adapted by Dennis O'Neill, it's a pretty straight forward adaptation but there's a couple of deleted segments and alternate versions of scenes that allow it to move as a faster pace so let's take a quick look. 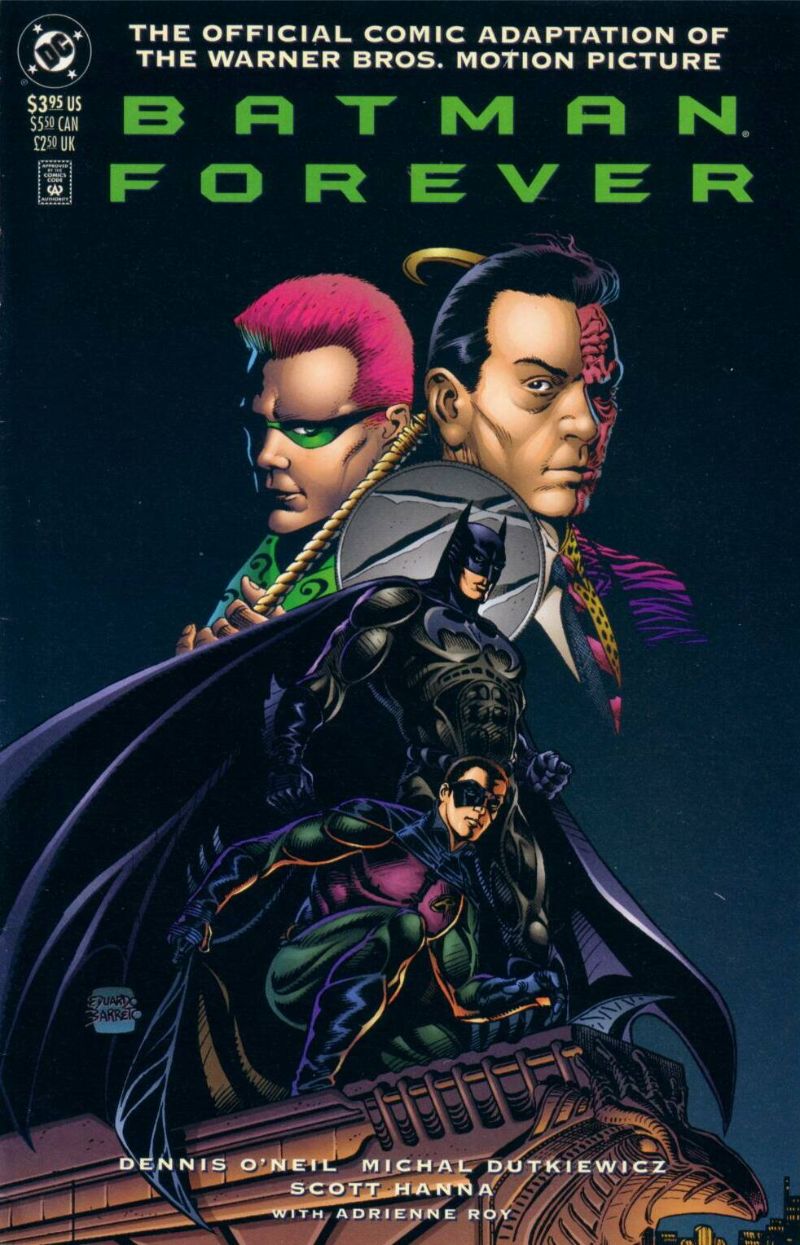 First off we see the deleted introduction at Arkham Asylum with Dr Burton finding out that Two-Face has escaped. Three things to note - firstly yes that is the opening to Akiva Goldsman's script. O'Neill used the same kind of idea in the adaptation of Batman and Robin which has the comic start with Joel Schumacher yelling "Action!"

Secondly, without any muffled cries from the guard and the red lettering on "The Bat Must Die" I think the implication is that Two-Face killed the guard here.

Thirdly, O'Neill is adapting the original cut of the film which had Bruce meet Nygma at Wayner Enterprises before being called into action as Batman to stop Two-Face's bank heist. 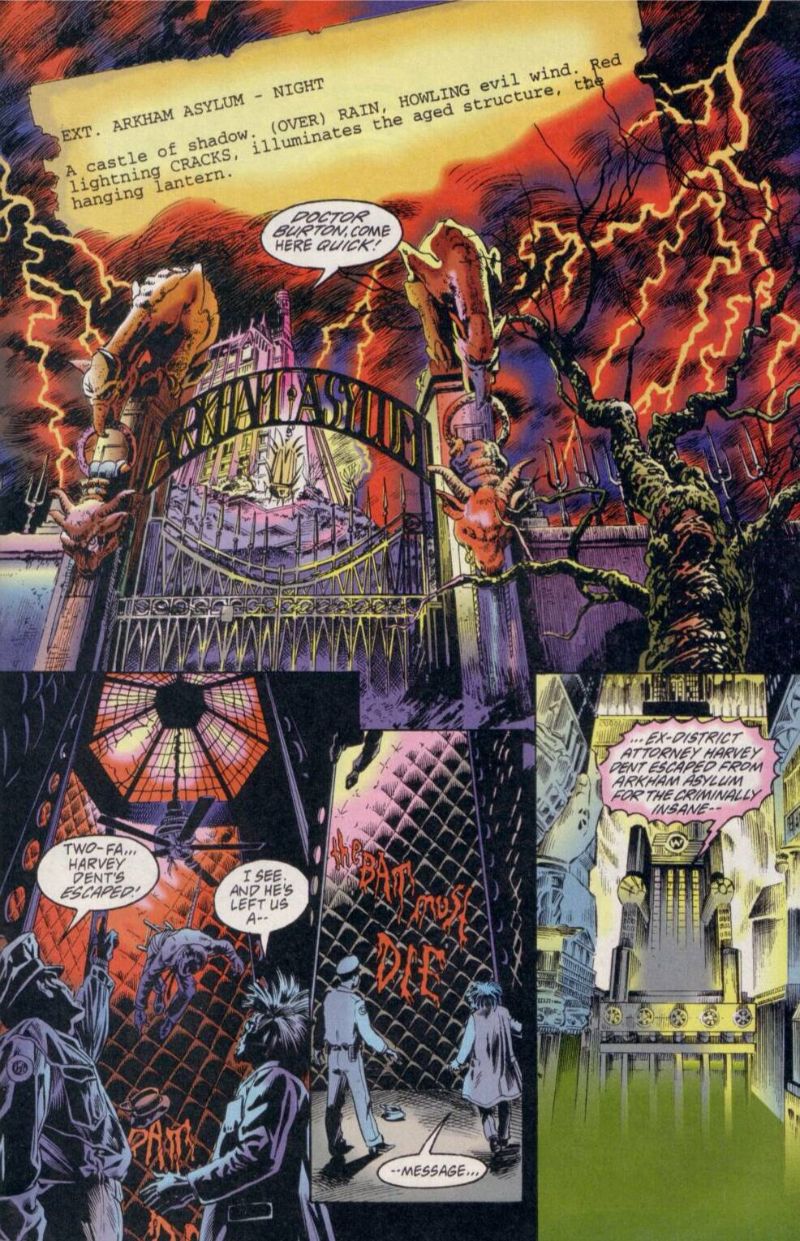 Next up is an alternate version of the Two-Face ambush. Instead of Two-Face pushing a pram and using a rocket launcher, he just chases Batman in his armoured van and instead of the Batmobile driving up the wall (note, this was Joel's idea supposedly and a last minute addition to the filming schedule), it just drives off a bridge. 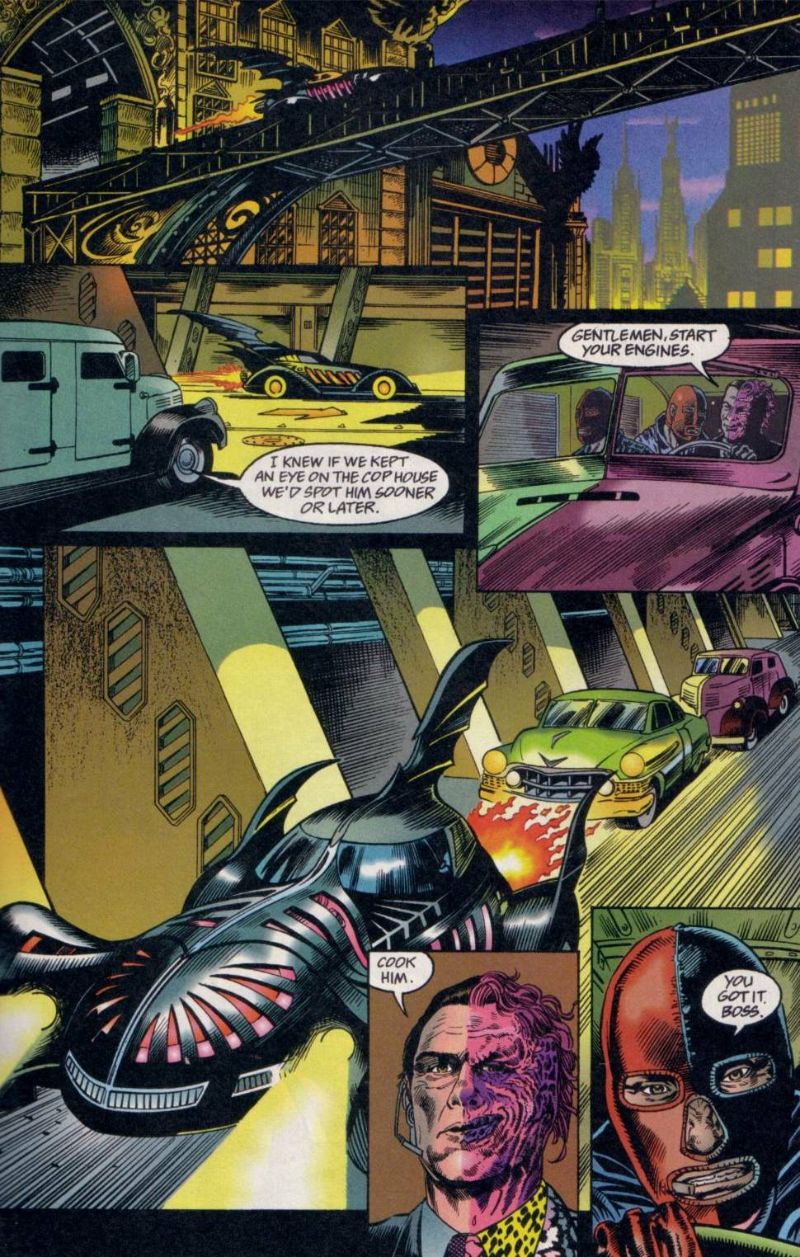 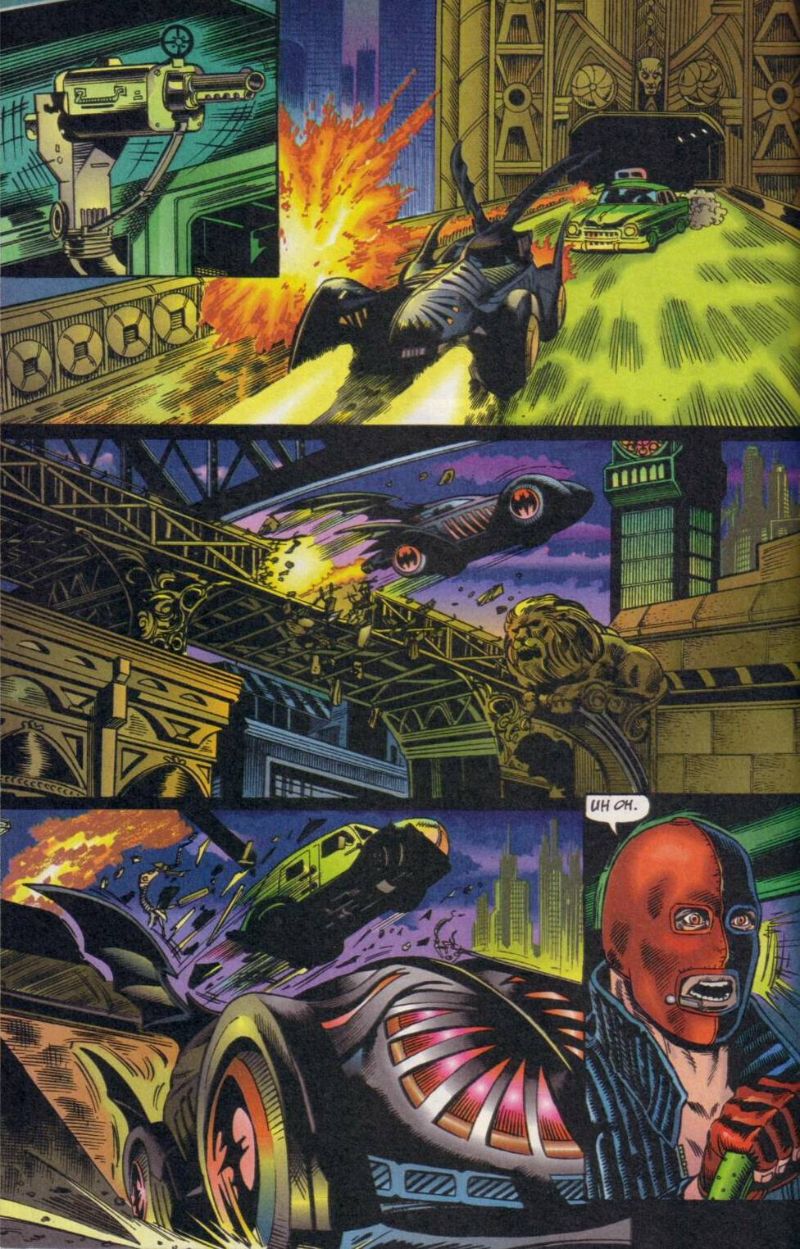 Next up is a brief interlude with Riddler, Two-Face, Sugar and Spice all holing up at Nygmatech headquarters taking hits on Riddler's box receiver like it's a joint! This is bizarre but kind of fun. Particularly interesting to note they name drop Jim Morrison - a role Val Kilmer played four years earlier in Oliver Stone's The Doors. 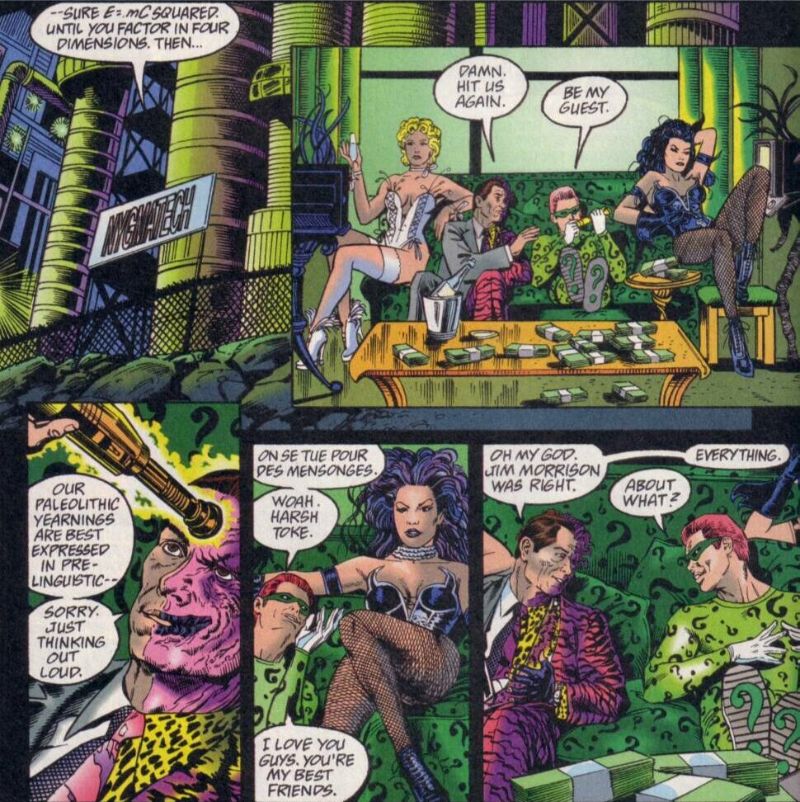 Next is a little shot that got deleted from the film (there's stills out there so it was definitely shot). After Chase says that Batman will save her, the Riddler says "I'm counting on it" and then injects her with a giant syringe. I guess this was cut because it makes his kidnap darker and more disturbing. 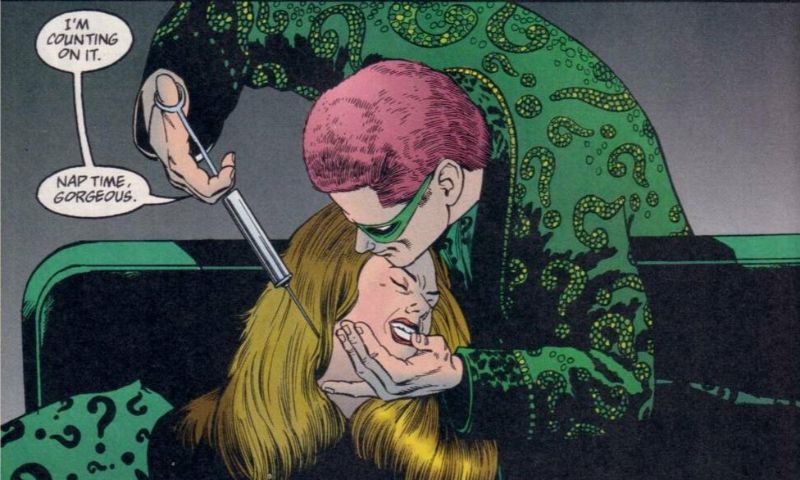 Lastly, is the deleted original ending with Batman standing on a rooftop (a sort of reprise of the ending to the 1989 movie) only to be joined by Robin. I've got to say this would be cool to see. They definitely shot the blue screen element of this (see my deleted scenes post). But I don't think they finished the effects. 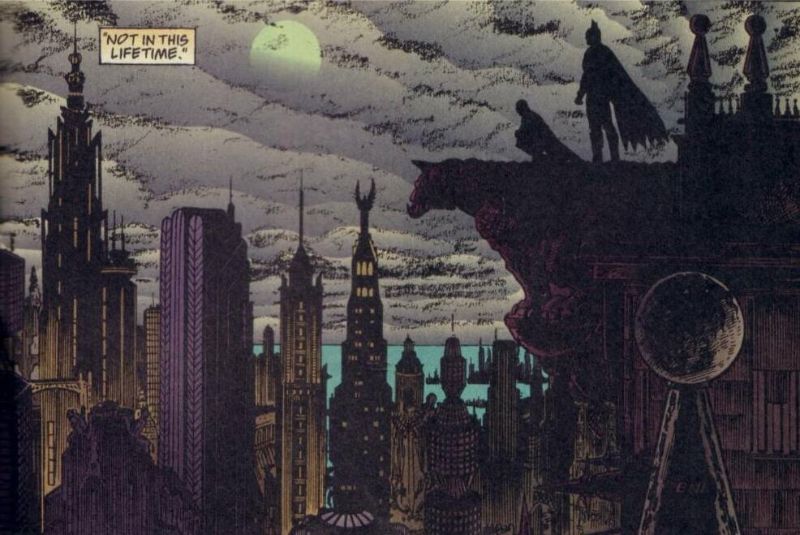 And there you have it. That's all the major differences. If you haven't read the comic adaptation check it out, it's lots of fun. The 1989 adaptation with artwork by Jerry Ordway is fantastic too.
at May 10, 2020
Email ThisBlogThis!Share to TwitterShare to FacebookShare to Pinterest
Labels: adaptation, Comic book, Deleted Scenes, Dennis O'Neill, differences