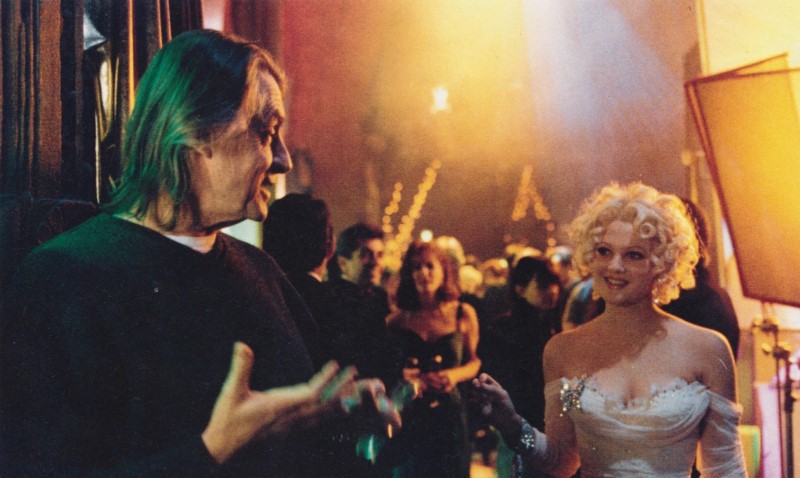 I really didn't want to see this day. I knew it would come eventually but it feels cruel that it comes in the midst of Batman Forever's 25th anniversary celebration.

I'm very sad to report Joel Schumacher has died age 80 after a battle with cancer. Once again I feel ill-equipped to condense the man's life into a few paragraphs. I would hope if you've come to this site you already know what an AMAZING and TALENTED man Joel was.

The bad reviews of Batman & Robin have dogged his career since the film's release since 1997 but he was a director of extraordinary range who could turn his hand from a thrillers, to comedies, to horror, to musicals, to action and everything in between.

And every step of the way he was a complete gentleman. Everyone who worked with him has said how calm and assured he was on set. His consistent workload over the years shows what a reliable pair of hands he was.

Joel began his career as a costume designer in the 1970s, working on several films including Woody Allen's Sleeper. It was on Allen's suggestion that he tried his hand at script writing and quickly found success with his first script - Sparkle - a story about three sisters forming a band in 1950s Harlem.

The same year that Sparkle was made, 1976, also saw the release of another Schumacher script Car Wash, a loose day in the life comedy about a group of friends working in a car wash.

Joel continued to do more script work - notably the big screen adaptation of The Wiz in 1978 - but he yearned to direct. In 1981 he got his wish, directing Lily Tomlin in the quirky comedy The Incredible Shrinking Woman.

Although the film wasn't a big splash Joel's directing career took off and went from strength to strength. First returning to another blue collar comedy DC Cab and then hitting the big time with St Elmo's Fire - a glossy melodrama that took (some of) the stars of The Breakfast Club and placed them in life after college. The film was received poorly by film critics but audiences flocked to see the "Brat Pack" cast.

Two years later Joel directed probably one of his most famous films The Lost Boys. A tongue in cheek horror about a boy whose brother is seduced by a group of vampires that made Corey Haim and Corey Feldman household names.

It was here the Joel showed his ability to craft a crowd pleasing entertainment. Stylishly shot, expertly soundtracked, full of hot, young actors and actresses and nothing on its mind but keeping you entertained for 100 minutes.

After a brief attempt at romantic comedy with Cousins in 1989, Joel returned to horror territory with Flatliners, a neon drenched Gothic thriller about medical students trying to find out what comes after death. The production design seems to have heavily influenced Batman Forever.

The 1990s saw Joel bounce around between some very different genres. He directed two well received John Grisham adaptations The Client (where he first worked with Tommy Lee Jones) and A Time to Kill; two downbeat thrillers Falling Down (his first collaboration with production designer Barbara Ling) and 8mm; the romantic drama Dying Young and the comedy drama Flawless (his first script since St Elmo's Fire).

But it was his Batman movies that he was most noted for and would cast a long shadow over the rest of his career.

Warner Brothers had been disappointed with how downbeat and bleak Tim Burton's Batman Returns was and asked Burton to step down as director for any future installments. Burton was asked to recommend a successor and picked Joel - presumably based on his Gothic leanings in Flatliners.

Batman Forever suffered from a rushed production schedule, a last minute lead casting replacement and on set conflicts between (some of the) cast members. But despite this the film was a huge hit and Warner Brothers once again rushed Joel to make another.

1997's Batman & Robin would suffer from almost all the same behind the scenes problems - an even more rushed schedule, another lead casting replacement - but the result was much less well received. Seemingly Joel could not capture lightning in a bottle twice. Comic book fans in particular took umbridge at Joel not taking the material seriously and all manner of slurs were thrown at him for some of his design decisions.

Then came his big screen adaptation of Phantom of the Opera, the Andrew Lloyd Webber musical which although had mixed reviews managed to make $154 million at the box office.

In 2007 he reunited with Jim Carrey and gave him a rare straight dramatic leading role in The Number 23, a ludicrous horror thriller. And followed this with a low budget horror Blood Creek that starred Henry Cavill a couple of years before he was cast as Superman. His final film was Trespass in 2011, a kidnap thriller starring Nicolas Cage and Nicole Kidman that went straight to VOD.

Though Joel had more or less retired since then, he did direct a few episodes of House of Cards for David Fincher with whom he was good friends.

I highly recommend checking out ANY interview with Joel that you can find on youtube. He was a sweet, witty, charming man who seemed to be able to take being the "worst" comic book movie director with grace and humour.

And I highly recommend you check out ANY of his films, even his "bad" ones are entertaining and worthwhile. If you want a run through his career I recommend checking out:-

Here are my personal recommendations:-

FALLING DOWN - a powerhouse performance by Michael Douglas as a man who snaps in the middle of a traffic jam and attempt to walk home. Just don't misread Douglas as being the hero or the anti-hero. He IS the bad guy.

THE LOST BOYS - a super fun 80s adventure with a soundtrack to die for. Considering the script was rewritten so many times it's amazing that it still works so well. Haim and Feldman really bring the film to life and have fantastic chemistry.

Oh and of course I'm recommending BATMAN FOREVER but I'd hope you've already seen that one.

So that's it, I said I wouldn't try and condense Joel's life into a few paragraphs but I ended up doing it anyway. Sorry Joel. Thank you for all the movies.
at June 22, 2020